He is known for winning the IndyCar Series four times, in 2007, 2009, 2010, and 2011. He is also a three time champion in the Indianapolis 500, in 2007, 2010, and 2012. Dario got his start in Great Britain in the early 1990s. He started with the IndyCar series in 2003 but did not achieve success until 2007. That year he won the Indianapolis 500, which was shortened by rain. BBC Scotland named him their Sports Personality of the Year. Dario briefly switched to NASCAR, but things didn't work out and he returned to IndyCar shortly thereafter. After achieving more success he was involved in a serious accident in Houston in 2013. Due to the injuries he suffered, Franchitti retired immediately. During his career Dario had 31 victories. He was married to actress Ashley Judd but later divorced. In 2011 he joined Ignite Game Technologies to help develop an online auto racing game. He appeared in the movie Turbo as a Scottish news anchor. 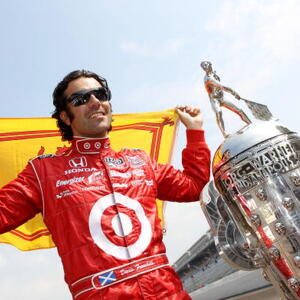