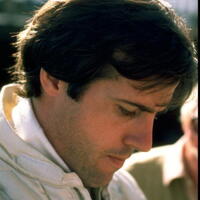 Danny Sullivan net worth: Danny Sullivan is an American former racing driver who has a net worth of $7 million. Danny Sullivan was born in Louisville, Kentucky in March 1950. He was best known for competing on the CART PPG Indycar World Series from 1982 to 1993 and again in 1995. Sullivan competed for several teams including Forsythe Racing, Shierson Racing, Penske Racing, Patrick Racing, Galles Racing, and PacWest Racing. He had 170 starts and 17 wins as well as 19 pole positions. Sullivan won the 1988 CART PPG Indycar World Series as well as the 1985 Indianapolis 500. He also competed in the Formula One World Championship in 1983. Before his foray into racing, Sullivan worked as a New York City cab driver. He took a sabbatical from racing and worked as a color commentator. In 2011 he was inducted into the Motorsports Walk of Fame. Sullivan is a Senior Advisor at Tempus Jets.