Daniel Abt Net Worth

Daniel Abt net worth: Daniel Abt is a German racing driver who has a net worth of $20  million. Daniel Abt was born in Kempten, Germany in December 1992. He competed for ABT Schaeffler Audi Sport in Formula E. Abt won the 2009 ADAC Formel Masters championship. He has also competed in German Formula Three series in 2010, Formula 3 Euro Series in 2011, GP3 Series in 2012 and GP2 Series from 2013 to 2014.

Abt was named Germany's motorsport talent of the year in 2009 and 2010. He was also a member of Volkswagen's talent promotion program and was a candidate of the Deutsche Post Speed Academy. Daniel's father Hans-Jurgen owns and is the principal of the Abt Sportsline team. His uncle Christian Abt is also a racing driver. In 2015 he competed at the 24 Hours of Le Mans. During his Formula E career his best finish was 7th in 2015-16. 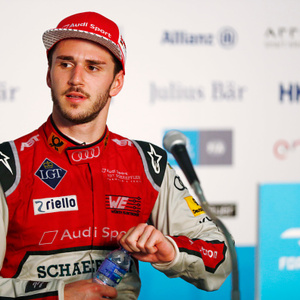