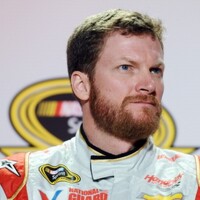 What is Dale Earnhardt, Jr.'s net worth?

Dale Earnhardt, Jr. is a retired American NASCAR driver and media personality who has a net worth of $300 million. He is a NASCAR team owner, author, and an analyst for NBC's NASCAR coverage. Racing has been a family business for three generations. Dale is the son of the late, great NASCAR legend. Dale Earnhardt, Sr.

Dale is the son of Brenda Lorraine Jackson and the late NASCAR legend, Dale Earnhardt, Sr., who died in February 2001 in a crash at the Daytona Speedway. He has an older sister named Kelley, an older half-brother Kerry from his dad's first marriage, and a younger sister, Taylor, from his dad's third marriage. His parents divorced not long after Dale was born. The family's house burnt down when Dale was six and his mom couldn't afford to fix it, so she gave up custody of Kelley and Dale to Dale, Sr. When he was 12, his father sent him to military school.

Dale Jr. began his racing career at the late age of 17 with his father, competing in the Street Stock division at Concord, North Carolina's Motorsport Park. Junior's first race car was a 1979 Monte Carlo. Dale Earnhardt, Jr. drove in his first NASCAR race in 1988 and won his first race at the 2000 DirecTV 500. He won his first Nationwide Series race in 1998 at the Coca-Cola 300. Between the NASCAR Xfinity Series and the NASCAR Cup Series, Earnhardt, Jr. has won 60 total races in his career. He finished in the top ten more than 300 times and earned the pole position at least 25 times. During the period from 2003-2016, he was voted NASCAR's Most Popular Driver 14 times in a row. He became known as the "Pied Piper of Daytona" for winning the Daytona 500 twice, 10 years apart, in 2004 and 2014.

In 2016, Earnhardt was a guest analyst in NASCAR Cup and Xfinity race broadcasts on Fox and NBC. In 2018, Earnhardt joined the NASCAR on NBC broadcasting team as a color commentator. In his debut at the 2018 Overton's 400 at Chicagoland Speedway, he coined his catchphrase, "Slide job!" when Kyle Busch and Kyle Larson battled for the lead on the final lap.

In August 2020, Earnhardt signed on as the pitchman for Bojangles Fried Chicken.

There is speculation that Dale Earnhardt Jr. is ready to step away from racing in the 2020 season, or, at least, not race more than once a year. 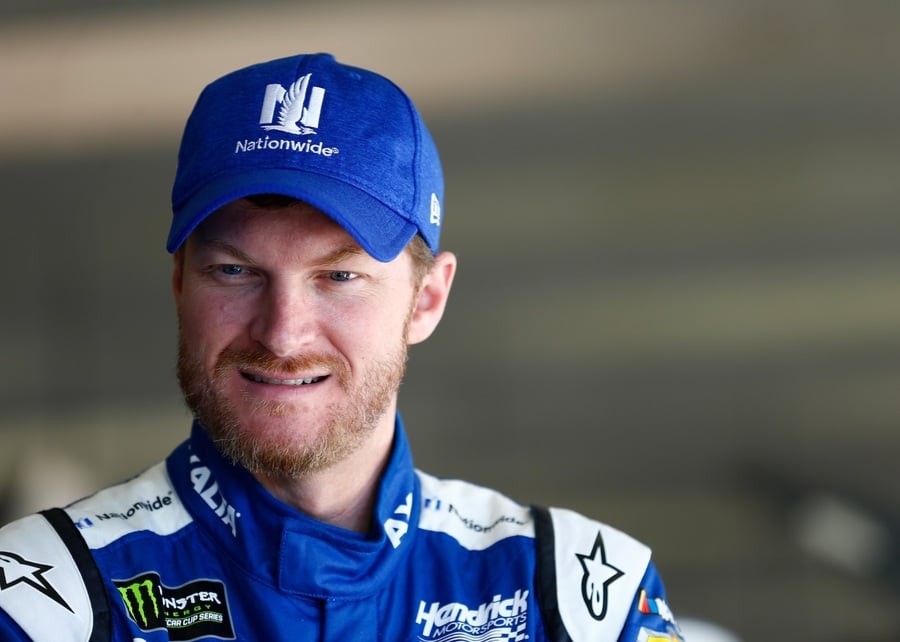 Earnhardt intends to donate his brain to science for research on concussions when he passes away.

He is a big supporter of the Make-A-Wish Foundation and has granted more than 250 wishes as of spring 2018.

Earnhardt's mother Brenda died after a long battle with cancer in April 2019. She was 65.

In 2019, Earnhardt, his wife Amy, and their daughter Isla were on their Cessna plane when it crashed. The Earnhardts were on the plane with two pilots and their family dog. Three passengers sustained minor injuries. NTSB investigators determined that part of the landing gear collapsed and part of the right wing hit the runway as the plane bounced twice before touching down a third time with about 1,000 feet of paved surface remaining. The Cessna crashed through a chainlink fence and ended up on the side of Tennessee Highway 91.

The plane went through a chain-link fence before coming to rest on the edge of Tennessee Highway 91.

Earnhardt is a passionate fan of the Washington Football Team and has been known to have game scores relayed to him during races.

Earnhardt collects wrecked race cars, which he keeps on a property he owns in North Carolina. He owns a number of infamous wrecks including his own 2014 Duck Commander 500 car that was wrecked after contact with wet grass on the infield that sliced a tire open.

At the peak of his career Dale earned $25 -30 million per year. Roughly $22 million of that amount was earned through endorsements. He earned at least $20 million every year from 2004 to 2017. He was the highest-paid driver in NASCAR from 2008 to 2015. In 2008 he earned a career-high $30 million. His primary sponsor throughout his career was Bud Light. He also had endorsement deals with Kraft, Drakkar, Chevy, Gillette, EA Sports, Pennzoil, and Wrangler. By the time Dale retired in 2017, he had earned $410 million during his career through endorsements and winnings.

Earnhardt owns several businesses outside of racing. He owns a media production company called Hammerhead Entertainment that has created several TV shows. With a group of partners, he partially owns Paducah International Raceway. He has a signature line of eyeglass frames, a car dealership, and a restaurant with multiple locations.

He owns a number of private jets including a Learjet 60 and a Cessna Citation Latitude. In August 2019 the Citation crashed upon takeoff at an airport in Tennessee. Dale and his family survived with minor injuries.

In early 2020, Earnhardt listed his pirate-ship-inspired home in Key West, Florida for $3.7 million. Earnhardt and his wife bought the home in 2009 for $2.4 million. The quirky 3,300-square-foot house comes with five bedrooms, 3.5 baths, nautical-inspired family rooms with a flotilla of wall-mounted model ships, and a large, covered deck and gazebo next to the pool.