Courtney Force Net Worth: Courtney Force is an American drag racer who has a net worth of $4 million. Courtney Force was born in June 1988. She is best known for being featured in the A&E reality TV series Driving Force. Force was a cheerleader in high school in Anaheim, California.

She earned her NHRA competition driver's license in 2005 and her Alcohol-Fuel license in 2008. She started off racing in Super Comp and graduated to Top Alcohol Dragster with her sister Brittany. She won in Seattle in 2009 and has beaten her sister Brittany all three times she raced her. Her primary sponsor was Broadsource and in 2009 she became sponsored by Sanyo and Ford. She earned her NHRA Funny Car license in 2011. In 2012 Traxxas became the primary sponsor of her TF/FC season. Courtney took out her father in the first round in the Arizona Nationals in Phoenix. She became the third woman to win in TF/FC in August 2012. In 2012 she won the Auto Club of Southern California Road to the Future Award as Rookie of the Year. She became the first woman to qualify in the #1 position for the O'Reilly Auto Parts Winternationals in 2013 and became the first female Funny Car driver to win the event. She participated in the 2009 Ford Fiesta movement and was named the Internet's most popular agent. Driving Force aired from 2006 to 2007 and featured Courtney Force and her father John and sisters Ashley and Brittany. 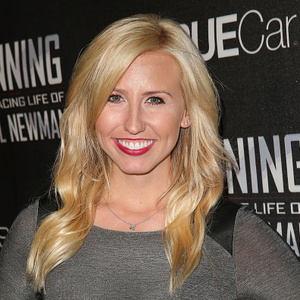