Corey Bohan net worth: Corey Bohan is an Australian American professional motorcycle rider and dirt biker who has a net worth of $2 million. Corey Bohan was born in Brisbane, Queensland, Australia in January 1982. He is best known for becoming engaged to reality TV star Audrina Patridge in November 2015.

In 2003 he won a silver medal at the Summer X Games and in 2005 he finished second on the Dew Tour. In 2006 Bohan made X Games history by becoming the first athlete to win the BMX Dirt even three years in a row. He was featured in the MTV reality TV series The Hills. In 2011 he also appeared in episodes of the reality television series Audrina. Bohan starred in the 2007 movie Justify. His Red Bull YouTube BMX channel Wizard of Aus debuted in 2012. 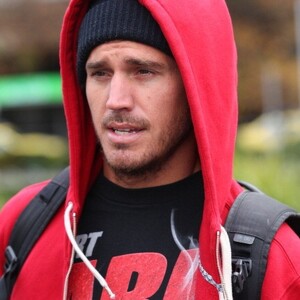