Connie Kalitta net worth: Connie Kalitta is an American executive and former drag car racer who has a net worth of $200 million dollars. Born in Mount Clemens, Michigan, he went on to graduate from Mount Clemens High School. He began drag racing in the 50s, and earned the nickname, "The Bounty Hunter".

He raced successfully through the mid-1990s. Between 1967 and 1994, he won ten National Hot Rod Association events, and became the first racer to reach 200 mph during a Hot Rod race. He is a 1992 Motorsports Hall of Fame inductee, and actor Beau Bridges portrayed him in the film, "Heart Like a Wheel". He helped launch the career of female drag racer, Shirley Muldowney. His son, Scott Kalitta, was also a drag racer. Tragically Scott was killed in a crash in 2008. His nephew, Doug Kalitta, is also a drag racer. Since his retirement, he launched Kalitta Air, a cargo airline based in Michigan. He currently serves as CEO. Kalitta Air's current fleet operates dozens of planes including a 747-400, 10 747-400BCFs, 12 747-400F, among others. Kalitta Air's main customer is the US Department of Defense. Its major routes include Afghanistan, Bahrain, Germany, Japan, Latvia, South Korea, the United Arab Emirates and Ukraine. The producers of the 1997 film rented one of Kalitta Air's 747 to recreate Air Force One. 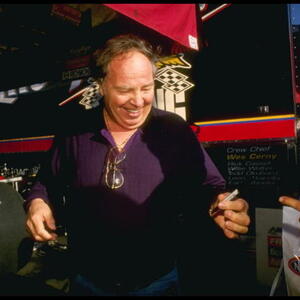