Clint Bowyer net worth and career earnings: Clint Bowyer is an American NASCAR driver who has a net worth of $40 million. Born in Emporia, Kansas on May 30, 1979, Clint Bowyer is most recognized for driving the Michael Waltrip Racing No. 15 Toyota Camry in the NASCAR Sprint Cup Series. Clint Bowyer began racing at an early age which has led to a very successful professional career. He has won over 200 races plus several championships during his career. Bowyer's outstanding achievements caught the attention of car owner Richard Childress who offered him a place on his team. Bowyer began racing for Richard Childress in 2004, coming in second place at the Phoenix and Auto Club Speedway in 2004 and the 2005 Busch season. He went on to win the Budweiser pole position for Dodge Avenger 500 at Darlington Raceway in 2007. In the same season, Bowyer won his first NEXTEL Cup race as well as claiming Busch Series wins: Bashas' Supermarkets 200 and Circuit City 250. The following year, Bowyer won the NASCAR Nationwide race. After eight years with Richard Childress, Bowyers signed a three year contract with Michael Waltrip in 2012. He dominated the race at the Toyota/Save Mart 250 at Sonoma and winning the MWR. In 2008, Bowyer started his own racing team, Clint Bowyer Racing. The team included veteran racers Shannon Babb and Dale McDowell. Bowyer made a memorable appearance on the A&E television show, Duck Dynasty, and featured a camouflage-decorated limousine in a race on the show.

Career Earnings: Between June 2018 and June 2019, Clint earned $7 million. Most of his earnings, roughly $6.6 million, came from salaries and winnings. He was the 10th highest-earning NASCAR driver in the world. 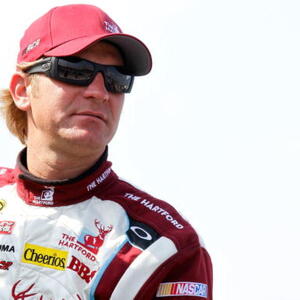