Chase Elliott Net Worth: Chase Elliott is an American stock car racing driver who has a net worth of $12 million. Chase Elliott was born in Dawsonville, Georgia in November 1995. Chase is the son of 1988 Winston Cup Series champion Bill Elliott. Chase is a development driver for Hendrick Motorsports and currently drives full time in the NASCAR Nationwide Series where he drives the #9 NAPA Auto Parts Chevrolet Camaro for JR Motorsports. 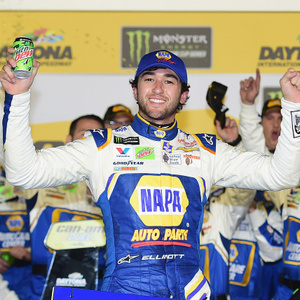