How much is Chad Reed Worth?

Chad Reed net worth: Chad Reed is an Australian motocross and supercross racer who has a net worth of $20 million. Chad Reed earned his net worth through his accomplishments in supercross and motorcross racing, as well as his development and help with funding of the Super-X, the new Australian Supercross Championships. Chad Mark Reed was born in Cessnock, Australia in March 1982. He won the Australian Junior Championship in 1997. He became a professional bike racer in 1998 and he won the Australian 250cc Supercross Championship in both 1999 and 2000. He won the 2002 AMA East Coast Lites SX championship. In 2003 and 2004 Chad won the U.S. Open Championship. He won a Bronze Medal in the 2005 X-Games for Supermoto. He was the Australian Supercross Champion in 2008 and 2009. In 2009 he won the Monster Energy Triple Crown MX Championship and was the AMA Athlete of the Year. Reed formed TwoTwo Motorsports in 2010 and recruited amateur rider Nick Howard. Reed has been sponsored by Bel-Ray oils and Shift clothing. He has also been associated with Honda, Kawasaki, Suzuki, Yamaha, Fox Racing, Alpinestars, Pro Circuit, and Discount Tire. In 2001 Chad was named a Member of the Order of Australia for his service to motorsports. He is married and his wife is named Ellie. 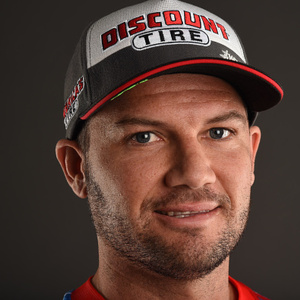