Casey Mears Net Worth: Casey Mears is an American race car driver who has a net worth of $25 million. Born in Bakersfield, California, in 1978, Casey Mears got his racing start with go-karts before he started driving sprint cars in the early to mid '90s. He made his NASCAR Nationwide Series debut at the 2001 GNC Live Well 300 in Homestead.

He has finished in the top ten 32 times and won his first and only race to date at the 2006 USG Durock 300 in Chicago. Mears lasted appeared in the Nationwide Series at 2010 Bashas' Supermarkets 200 in the Valley of the Sun. He started racing in the NASCAR Sprint Cup Series at the Daytona 500 in 2003. He has since appeared in more than 400 races in the last 12 years, finishing in the top ten close to 50 times. He has won one race in the series: the 2007 Coca-Cola 600 in Charlotte. Mears' most recent race came in Kansas at the 2014 Hollywood Casino 400. He finished 2013 in 24th place; his best finish came just inside the top 15 in 2006. As of the fall of 2014, Mears drives for Germain Racing in the number 13 Chevrolet SS car. 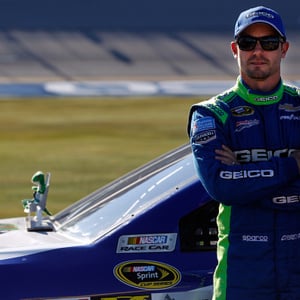