Burney Lamar is an American professional race car driver who has a net worth of $10 million. Burney Lamar has earned his net worth as a professional driver in both the NASCAR Nationwide Series and the Camping World Truck Series. Lamar who is currently a free agent began racing go-karts at the tender age of five, he went onto win a total of 25 track championships and three International Karting Federation Regional titles.

At the age of 16 he started racing stock cars; he finished with 11 points at the Stockton 99 Speedway. Burney was born on August 21, 1980 in West Sacramento, California, he married model Niki Taylor on December 27, 2006 they have one daughter and Taylor has two twin sons from a previous marriage. He started racing in 2000 for the USAC Western States Sprint Car Series where he won seven top-five finishes, eleven top-ten finishes as well as setting the fast time twice in his debut season, at the end of the season he placed third in point standings and earned the honor of Rookie of the Year. Lamar's NASCAR credits include driving for Kevin Harvick Incorporated in 2005 competing in the Busch Series, Craftsman Truck Series as well as the NASCAR Grand National Division West Series. He then became a full-time racer for the Busch Series in 2006 driving the Dollar General number 77 Chevrolet. His NASCAR racing record has continued to decline and he has not raced since the 2009 NorthernTool.com 250 held in Milwaukee, Wisconsin. 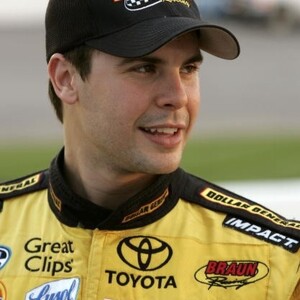