Bubba Wallace net worth: Bubba Wallace is an American professional stock car racing driver who has a net worth of $3 million. He is best known for being one of the most successful African American NASCAR drivers in history.

Bubba Wallace was born in Mobile, Alabama in October 1993. He has competed in the NASCAR Cup Series, NASCAR Xfinity Series, and NASCAR Gander RV & Outdoors Truck Series. As a full time driver, he drives the #43 Chevrolet Camaro ZL1 1LE for Richard Petty Motorsports in the NASCAR Cup Series. Wallace was a development driver for Joe Gibbs Racing and drove the #54 Toyota Tundra for Kyle Busch Motorsports. He also drove the #6 Ford Mustang of Roush Fenway Racing in the Xfinity Series. Bubba Wallace is one of the most successful African American drivers in NASCAR's history. In 2020 he helped the sport ban the confederate flag. Wallace is the highest finishing African-American driver in the Daytona 500 at 2nd in 2018. He is also the highest finishing African-American driver in the Brickyard 400 at 3rd in 2019. He won the 2017 U.S. Short Track Nationals Super Late Model 100. Bubba Wallace was the youngest driver to win at Franklin County Speedway in 2008 at 15 years old. 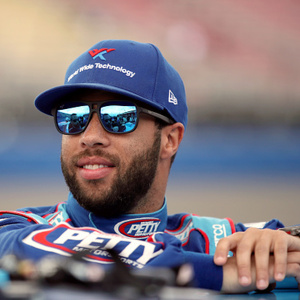