Brian Vickers net worth: Brian Vickers is an American NASCAR and Sportscar driver who has a net worth of $5 million dollars. Brian Vickers was born in Thomasville, North Carolina, and began racing go-karts in1994, when he was eleven years old. He would go on to win 80 races in three years.

He then won five races during one Allison Legacy Series season and Rookie of the Year as part of the USAR ProCup Series. In 2001, he began racing as part of the Busch Series. He raced for Hendricks Motorsports from 2003-2006, and then for Redbull Racing from 2007-2011. He was forced to take time off in 2010 due to blood clots in his legs and around his heart. He has been racing independently since leaving Redbull. He has had three wins, 64 Top Tens finishes, and earned 11 poles in the NASCAR Sprint Cup Series. He has also enjoyed three wins, 72 Top Ten finishes, and 4 poles in the Nationwide Series. 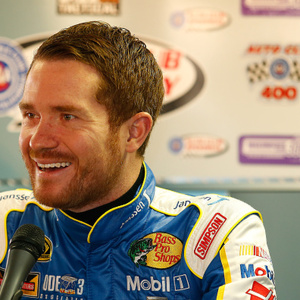