Brian Deegan was born May 9th, 1975 in Omaha, Nebraska. He was drawn to freestyle motocross, the sport of motorcycle stunt riding at an early age, carefully marking "Metal Mulisha" on his bike in magic marker. The dream became a reality when he and fellow bikers Mike Jones and Tommy Clowers formed the Metal Mulisha to push the sport of FMX to new limits.

He became a pro supercross rider at age 17. In 1997 at the LA Coliseum, he won the 125cc main and in true rebel fashion, ghost rode his bike across the finish line. This was the beginning of what we know today as Freestyle Motocross. In 2004, at the Winter X Games, he crashed while attempting a 360 over a 100 ft snow double, breaking his femur and both wrists. He came back 6 months later to place fourth at the Summer X Games.

In 2006, Deegan and Berkela films released a film entitled Disposable Hero that follows him through the struggles and rewards that accompany the freestyle motocross sport and lifestyle. He started racing off-road trucks in 2008 and has a busy 2011 truck schedule with full seasons in both Pro Lite Unlimited and Pro 2 Unlimited. He is the founder of the Metal Mulisha and is one of the most recognizable names in action sports. He is one of the most influential riders in freestyle moto history, he has 10 XG medals, including two silvers earned at XG 16 in Rally Car, and two WX gold. He has a toy line called Hevy Hitters distributed in retail locations such as Wal Mart. 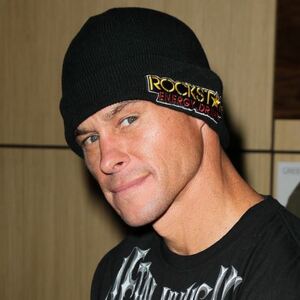