Brandon Semenuk net worth: Brandon Semenuk is a Canadian freeride mountain biker who has a net worth of $4 million. Brandon Semenuk was born in Whistler, British Columbia, Canada. He started out in cross country cycling and at the age of nine he competed in the BC Cup. Semenuk has won three FMB World Tour gold medals.

He won a silver medal at the 2013 Munich X-Games in the Mountain Bike Slopestyle event. Semenuk won the 2008 and 2016 Red Bull Rampage and is also a five time Red Bull Joyride winner, in 2011, 2013, 2014, 2015, and 2017. He appeared in the 2015 film unreal and his segment went viral on the internet. Semenuk is a part of the Trek Freeride mountain biking team. His sponsors include Red Bull, Troy Lee Designs, RockShox, SRAM, Avid, Truvativ, Maxxis, Smith, MyPakage, Chromag, Dissent, Etnies, and Evolution Whistler. Early on in his career he also competed in Four-Cross. 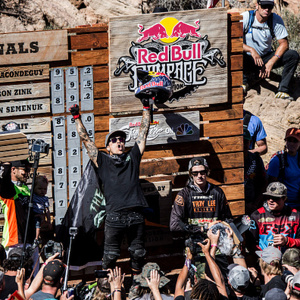