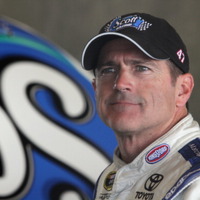 Bobby Labonte Net Worth: Bobby Labonte is an American stock car racing driver who has a net worth of $45 million. Born in Corpus Christi, Texas, in 1964, as Robert Alan Labonte, Bobby Labonte started racing locally in quarter midgets before he toured the U.S. circuit and claimed several wins. He made his Busch Series debut in the early '80s at the Martinsville Speedway. By 1985, he was back in the Busch Series and eventually used his own car to win his first pole position. He was the 1991 Busch Series champion. Labonte went on to win the 1995 Coca-Cola 600, the 2000 Southern 500, the 2000 Brickyard 400, the 2000 Winston Cup Series, and the 2001 IROC Championship. As of the fall of 2014, Labonte races periodically in the NASCAR Sprint Cup Series. He and his brother, Terry, are the only set of brothers who have ever both managed to win the Sprint Cup championship. Labonte became the first driver to win both the Busch Series and the Winston Cup. He has more than 200 career top ten finishes in the NASCAR Sprint Cup Series, having appeared in more than 700 races in close to 25 years. His first race was at the 1991 Budweiser 500; he last won at the 2003 Ford 400 in Homestead. Labonte and his wife, Donna, have two children together: a son named Robert and a daughter named Madison.