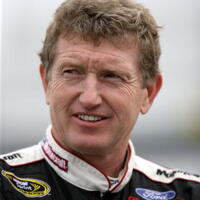 Bill Elliott net worth: Bill Elliott is a semi-retired American NASCAR driver who has a net worth of $7 million dollars. Bill Elliot was born in Dawsonville, Georgia, and grew up in a family that loved cars and racing. He began his professional racing career in 1976 in the Winston Cup Series, and raced without corporate support for the next five years. After purchasing a new car in 1977, he began to rise in the ranks, and it became clear that he had the potential to be successful. In 1980, he finally got corporate sponsorship, and went on to win his first Winston Cup race in 1983. He has gone on to race for Junior Johnson and for Evernham Motorsports. He also raced independently from 1995 to 2000. Over the course of his career, he has won 1 NASCAR Nationwide Series race and 44 NASCAR Sprint Cup Series races. Since 2004, he has raced on a part-time basis.