She retired from competitive racing when she had her first child in 2011. In 2007 she was named the NHRA POWERade Drag Racing Series' Rookie of the Year in the Funny Car division. Force Hood won her first NHRA Professional event in 2008 when she defeated her father at the NHRA Summit Southern Nationals in Commerce, Georgia. She also became the first woman to earn a win there. She was also featured on the A&E reality television series Driving Force with her family. She also owns two American bobtail cats which were featured on the television series Cats 101 on Animal Planet in 2010. 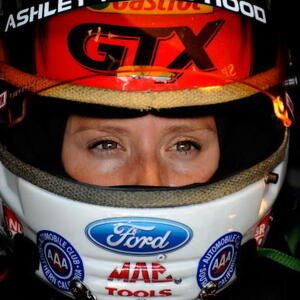