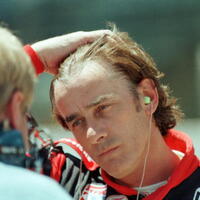 Arie Luyendyk net worth and career earnings: Arie Luyendyk is an auto racing driver who has a net worth of $20 million dollars. Born in Sommelsdijk, Netherlands, Arie Luyendyk began his racing career in the 70s. He was very successful in the Netherlands initially, and won the European Super Vee Championship in 1977. After that, he began racing on the Formula Three circuit, but had little success. He decided to relocate to the United States, and immediately, his racing career improved. He won his next Super Vee Championship in 1984, just after relocating. 1985 proved to be a banner year for Mr. Luyendyk. He was named "Rookie of the Year" for that season's races in general and, for his performance at the Indianapolis 500. Five years later, he won the Indianapolis 500, and set a record for the highest average speed during the race that has yet not been surpassed. He won the Indianapolis 500 again in 1997, and chose to retire in 1999. After a few years away from racing, during which he served as a commentator for ABC Sports, he decided to return to racing. He retired for good in 2003. Arie's son Arie Luyendyk, Jr. has made a name for himself as a reality TV contestant from the show The Bachelor. Arie Jr appeared on the 8th season of the show as a contestant. He finished second. He then appeared on the 17th season as the actual bachelor.