The younger Arie began racing go-karts in the early 90s, and then graduated to Formula Ford competition in the late 90s. He won a number of Junior division races, and had 24 Top 5 finishes while racing in the Firestone Indy Lights series. He first tried to qualify for the Indy 500 in 2005, but was unsuccessful due to a combination of a faulty vehicle and lack of practice. The following year, he tried again, this time in a car owned by his father. The car experienced technical problems during the first race, however, and he had a disappointing finish. Since 2008, he has been racing on the Indy Lights circuit again, and won his first Indy Lights Championship in 2008. He is currently taking a break from racing. He was a contestant on the eighth season of "The Bachelorette" with Emily Maynard. He finished second. In 2017 it was announced that Arie would be coming back to The Bachelor in 2018, this time as the actual bachelor. On the show he controversially asked a girl named Becca to marry him in the season finale, only to reverse his decision weeks later so he could rekindle his relationship with another girl named Lauren. When Arie isn't appearing on reality TV or racing cars, he primarily works as a real estate broker in Scottsdale, Arizona. 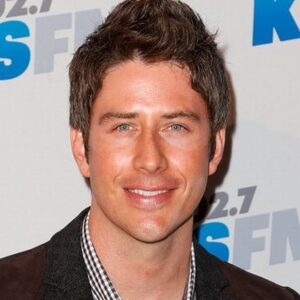