Paul Rabil net worth: Paul Rabil is an American lacrosse player who has a net worth of $300 thousand dollars. Born in Elkton, Maryland on December 14, 1985, Rabil stands at six feet and three inches and plays midfield for the Philadelphia Wings in the National Lacrosse League as well as the Boston Cannons in Major League Lacrosse.

He played for Johns Hopkins University and made his professional debut in 2008. His nickname is "Fast Shot," and he was selected first overall in the 2008 draft by the Boston Cannons. He once held the record for World's Fastest Lacrosse Shot at 111 miles per hour. The record was recently broken in 2013 by Mike Sawyer at 114 miles per hour. 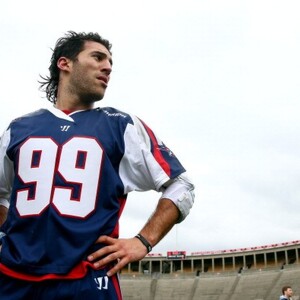