Pat Day net worth: Pat Day is an American horse racing jockey who has a net worth of $8 million. Pat Day was born in Brush, Colorado in October 1953. Day has won the Eclipse Award for Outstanding Jockey four times. In 1991 he was inducted into the National Museum of Racing and Hall of Fame.

In 1985 he won the George Woolf Memorial Jockey Award and in 1995 he won the Mike Venezia Memorial Award. Day rode the winners of U.S. Triple Crowns nine times. He is the all-time leading ride at Churchill Downs and set a record winning eight of nine mounts in one day at Arlington Park. Day won the Kentucky Derby in 1992, the Preakness five times, the Belmont Stakes three times, and the Breeders' Cup Classic four times. In 2000 he finished 1st on the National Earnings List for Jockeys. Day also finished in the Top 6 from 2001 to 2003. 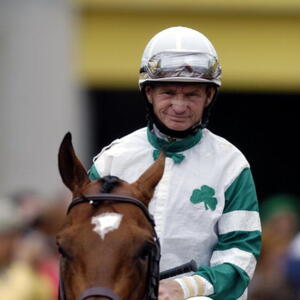