Zara Phillips Net Worth: Zara Phillips is a descendant of the British royal family who has a net worth of $20 million. Born Zara Anne Elizabeth Phillips on 15 May 1981, in London, England, she is
the second-eldest grandchild of Queen Elizabeth II of the United Kingdom and Prince Philip, Duke of Edinburgh.

Zara is 15th in the line of succession to the 16 thrones of the Commonwealth realms. Phillips has been a pivotal point of attention since birth. Even though her parents, Princess Anne and Captain Mark Phillips, tried to establish a normal life for Zara, some things could not be avoided. On the one hand, she acquired her education at top tier schools in Scotland and England, where she became a famed equestrian athlete and conscientious student early on. On the other hand, her unmistakable looks along with a pierced tongue and aggressive manner were more than enough to delight the paparazzi whenever she appeared. Although not the archetype blonde bombshell, Phillips is a photogenic vivacious lady with athletic figure that could be seen gallivanting across Australia and New Zaeland, or even bungee jumping and hamming it up for the cameras. Aside from the above, Zara's resume includes a win of the 2006 Eventing World Championship in Aachen, being voted 2006 BBC Sports Personality of the Year, being appointed Member of the Order of the British Empire (MBE) in the 2007, as well as fetching Silver Medal at the London 2012 Olympics as a member of the Great Britain Eventing Team. What's more, Zara Phillips was the one to carry an Olympic flame at Cheltenham Racecourse on her horse Toytown. Currently married to former England rugby union player Mike Tindall, she is better known by her maiden name that she uses mainly for informal public occasions. 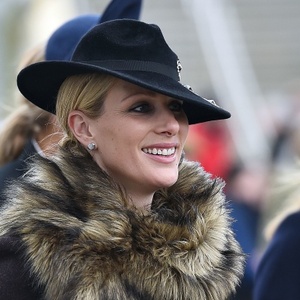