Wallace Spearmon net worth: Wallace Spearmon is a sprint athlete who has a net worth of $2 million dollars. Born in Chicago, Illinois, Wallace Spearmon graduated from Fayetteville High School, and then went on to the University of Arkansas. He chose to leave the NCAA competition circuit and turn professional his junior year.

While in college, he won multiple NCAA honors, including the 200 m Outdoor title in 2004, and both the 200 m Indoor and Outdoor titles in 2005. He has medaled at three World Championships, winning two Bronze, one Gold, and one Silver. He is currently the seventh fastest man ever, and is currently the fastest indoor runner in the United States. At the 2008 Olympics, he finished in third place, but was not given his medal because he stepped out of his lane at one point during the race. He, and the second place runner who also stepped out of lane, were disqualified, and the silver and bronze medals passed to the fourth and fifth runners. 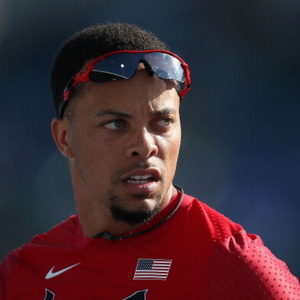