What is Tom Daley's Net Worth?

Tom Daley was born Thomas Robert Daley on May 21, 1994, in Plymouth, Devon, England. He grew up with mother Debbie, father Robert, and younger brothers William and Ben. Sadly, when Tom was 17, his father passed away from a brain tumor. Daley began diving at just 7 years old and joined a competitive squad in 2002. He won a medal in his first competition, the National Novice Championships, in 2003, and later that year, he won the platform, 1m, and 3m events at an invitational event in Southampton. In 2004, 2005, and 2006, Tom won the platform, 1m springboard, and 3m springboard in his age group at the British Championships.

At age 10, Daley became the youngest person to win the National Junior platform competition, and in 2005, he competed in the Australian Elite Junior Nationals and the Aachen Junior International. In 2006, he was the British under-18 champion in both the 3m springboard and platform, and at the 2007 British Championships, he finished second in the 10m platform. Tom attended Eggbuckland Community College, and at age 13, he became a supporter of the National Society for the Prevention of Cruelty to Children's helpline, Childline, and in 2009, his father revealed that Daley had been bullied at Eggbuckland. Though Brighton College offered Tom a full scholarship, his father turned it down because it was too far away, and Daley enrolled at Plymouth College instead. 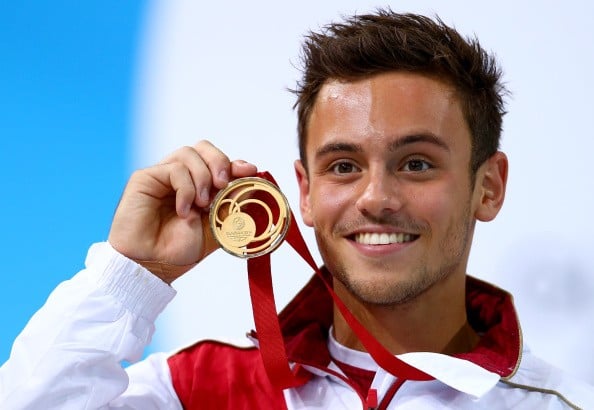 In 2007, 12-year-old Daley received a special dispensation to compete in the Australian Youth Olympic Festival, which normally doesn't let anyone younger than 15 compete. Tom and his diving partner, Callum Johnstone, won the medal in the 10m synchronised-diving final. Later that year, Daley competed in the Amateur Swimming Association National Championships, winning the senior platform title. At the 2008 British Championships, he won the 10m platform and the 10m platform synchro (with diving partner Blake Aldridge), becoming the youngest person to win the senior British 10m title. Also in 2008, he won a silver medal in synchro and a bronze medal in the individual platform event at the Madrid Grand Prix, and he and Aldridge won a bronze medal in synchro at the International Swimming Federation's FINA Diving World Cup, making Tom the youngest male to win a medal in a world diving competition. Daley also won a gold medal at the 2008 European Championships, and he placed seventh in the individual 10m platform at the Beijing Olympic Games.

Tom created a YouTube channel in 2010, and as of this writing, he has 1.07 subscribers and more than 130 million views. In 2013, he posted a video in which he revealed that he was in a relationship with a man and had "never been happier. Daley and Academy Award-winning director/producer/screenwriter Dustin Lance Black became engaged in the fall of 2015, and they married on May 6, 2017, at Devon's Bovey Castle. The couple welcomed son Robbie via a surrogate on June 27, 2018. In July 2021, Tom became the talk of the Summer Olympics when a photo of him knitting in the stands at a women's springboard event went viral. He later shared on Instagram that he had been knitting dog sweaters for his friends. Daley began knitting and crocheting during the COVID-19 pandemic and has said that it's "the one thing that has kept [him] sane throughout this whole process." He shares his knitted and crocheted creations on the Instagram page @madewithlovebytomdaley.

In 2014, Daley paid £965,000 for a two-bedroom apartment in the Southwark area of London, and he put it on the market for £1.187 million in early 2018. That year Tom and Dustin also reportedly sold a home in Borough for £1.08 million and moved into a converted warehouse in Southwark. 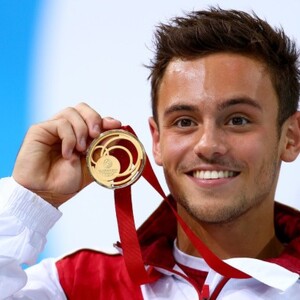