Takeru Kobayashi net worth: Takeru Kobayashi is a world record holding competitive eater who has a net worth of $3 million. Kobayashi was born in Nagano, Japan in 1978. Takeru Kobayashi has earned his net worth through the many eating competitions he has entered and won and through sponsorships and endorsements. Takeru Kobayashi practices by eating larger amounts of food at each setting in order to expand his stomach for competitions. He uses his own technique which has been called "The Kobayashi Shake" in order to get the food to settle in his stomach while still leaving room for more. He does this by wiggling his body around in a certain fashion that seems to help him pack the food in. Kobayashi is also known for his "Solomon Method" of eating hot dogs and buns. He likes to tear the hot dogs in half, soak the buns in liquid then stuff them both in his mouth. He has taken first place in the hot dog and bun competition six years in a row and second place three years in a row at the Nathan's Annual Hot Dog Eating Contest.

At the 2001 Glutton Bowl competition, Kobayashi ate thirty one hot dogs and 55 bowls of brains and won that contest. He was also the winner and record holder of the Krystal Square Off in 2009 when he finished by eating ninety three hamburgers, and in 2012 broke the world record for eating grilled cheese sandwiches at the GroupMe Grill. He consumed thirteen sandwiches in one minute.

In 2010 Kobayashi was arrested for charging the stage in a competition that he had been banned from entering, although Kobayashi swore he only wanted to congratulate the winner. Things got out of hand and he spent that Fourth of July behind bars. All charges were dropped by the judge. He has broken four Guinness Records for eating competitions that included hot dogs, meatballs, pasta, Twinkies and hamburgers. Kobayashi is a dog trainer with six Labradoodles of his own. During his career Kobayashi has appeared in a number of commercials around the world for brands including ESPN, Mastercard, Coors Light and more. 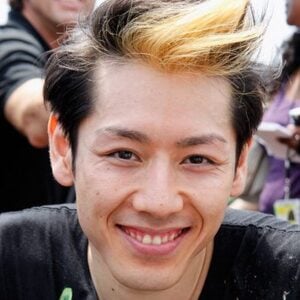