What is Sydney McLaughlin's Net Worth?

Sydney McLaughlin is an American hurdler and sprinter who has a net worth of $2 million. Sydney McLaughlin was born in New Brunswick, New Jersey in August 1999. Her father Willie McLaughlin was a semi-finalist in the 400 meter event at the 1984 Olympics and her mother was an accomplished runner in high school.

She attended Union Catholic High School in New Jersey where she won the Gatorade National Girls Athlete of the Year trophy for 2015-16 and 2016-2017. McLaughlin won a gold medal at the World Youth Championships in 2015 in the 400 meter hurdles event. She qualified for the 2016 Rio Summer Olympics which made her the youngest athlete to make the US Olympic track and field team since both Carol Lewis and Denean Howard in 1980. McLaughlin holds many records for her age group. She turned professional in October 2018 and soon thereafter signed an endorsement contract with shoe company New Balance. 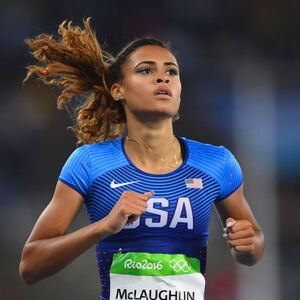