How much is Surya Bonaly Worth?

Surya Bonaly net worth: Surya Bonaly is a French figure skater who has a net worth of $3 million. Surya Bonaly was born in Nice, France in December 1973. She competed for France and won silver medals in 1993, 1994, and 1995. Bonaly was a five time European champion from 1991 to 1995. She also won the 1991 World Junior Championship and was a nine time French national champion from 1989 to 1997. At the 1998 Winter Olympics in Nagano, Japan she became the only female Olympic figure to successfully land a backflip on only one blade. Bonaly also competed in women's trampoline and won a silver medal at the 1986 Paris Trampoline World Championships. She would go on to tour with the Champions on Ice show. She competed on the reality TV series La Ferme Celebrites. Bonaly ended her performing career in 2015 after the discovery of numerous cysts on her spinal cord. She has appeared for PETA in many advertisements in French and English. 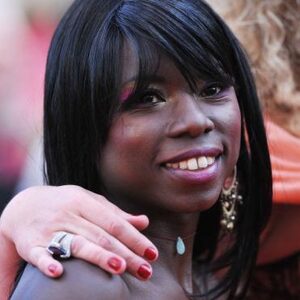