Born in Roseville, California, Summer went to both Bishop Donahue High School and Oakmont High School. She was the winner of three gold medals at the 1990 Goodwill Games. During her first two years at Stanford University she earned six individual NCAA titles as well as four relay championships. She also played basketball.

On television she was the commentator for the NCAA Swimming Championship for CBS Sports from 1992-1994, as well as many other sporting events including a correspondent for NBC/Universal Sports at the 2010 Winter Olympic Games. She played the role of herself in the 1996 movie Jerry Maguire. Sanders is divorced from Olympic swimmer Mark Henderson and currently married to Erik Schlopy, a World Cup skier they have two children. 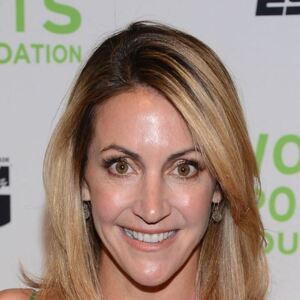