Simone Manuel net worth: Simone Manuel is an American competitive swimmer who has a net worth of $3 million. Simone Manuel was born in Sugar Land, Texas in August 1996. She specializes in sprint freestyle and started swimming for Stanford University in 2014, where she has broken school records. Manuel is a two-time individual NCAA champion and broke the American and National Collegiate Athletic Association records for 100 yard freestyle. 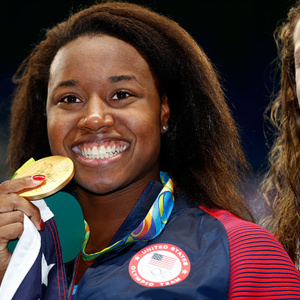