What is Shoaib Akhtar's Net Worth and Salary?

Shoaib Akhtar is a former cricketer from Pakistan who has a net worth of $8 million. Shoaib Akhtar became the first bowler in the history of cricket to be recorded bowling at 100 miles per hour. Beyond this, he is infamous for his involvement in numerous controversial actions, many having to do with his inappropriate professional conduct. As a result, Akhtar was banned from cricket on multiple occasions.

Shoaib Akhtar was born on August 13, 1975 in Rawalpindi, Punjab, Pakistan to Mohammad and Hameeda. His father worked as a night watchmen at a gas station that belonged to the Attock oil refinery. Akhtar is the youngest of four sons; he also has a younger daughter.

Although he was admitted to the Asghar Mall College, Akhtar decided to forgo his studies to attend trials for the Karachi division of the Pakistan International Airlines cricket team. He began his List A career in the 1993-94 season, followed by his first-class career in the 1994-95 season. Akhtar ended up attracting the attention of Pakistan Cricket Board chief executive Majid Khan, and was subsequently given his maiden Test match against the West Indies in 1997.

In his international career, Akhtar was first chosen to play in his native Rawalpindi in 1997-98. Next, during the winter of 1998, he was included in a tour of South Africa. Akhtar subsequently began a highly successful run of performances in 1999 during a series against India. One of the highlights was when he recorded eight wickets in the Asian Test championship match. Later, in 2002, Akhtar was chosen for the Pakistan team to face off against Australia. However, after a poor performance in the 2003 Cricket World Cup, he was dropped from the team. Akhtar rejoined the team for a Test match series against New Zealand. In 2005, he cemented his reputation as a top bowler and became the highest wicket taker of a three-Test home series against England. Notably, Akhtar was the first bowler in cricket history to be recorded bowling at 100 miles per hour.

After a 13-match ban, Akhtar returned to cricket in 2007. Although he performed well in the One Day International series in Lahore, he struggled with his form throughout 2008 and 2009, and sustained numerous injuries. Following a period of rehabilitation, Akhtar returned to cricket in June of 2010 to play in the Asia Cup. He went on to play in the Twenty20 International. Akhtar was later chosen as part of the Pakistan squad at the 2011 World Cup; however, he was dropped after the group matches. 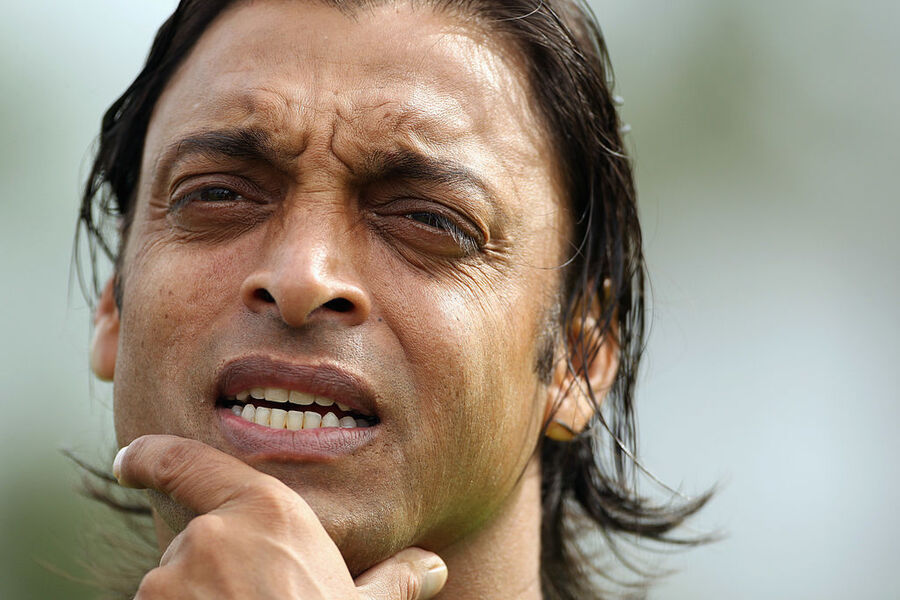 On the domestic side of his cricket career, Akhtar played for the English county cricket clubs Somerset, Durham, and Worcestershire between 2001 and 2005. Among his career highlights during this time, he took five wickets for 35 runs for Durham in the National League, and took six wickets for 16 runs for Worcestershire in the same competition two years later. Beyond England, Akhtar played in the Indian Premier League for the Kolkata Knight Riders.

Drug Scandal and Other Controversies

Akhtar was suspended by the Pakistan Cricket Board in 2006 after he and fellow cricketer Mohammed Asif tested positive for the banned substance nandrolone. Although he was issued a two-year suspension from professional cricket, he was ultimately cleared on appeal and acquitted.

Among his many other controversies, Akhtar was caught ball tampering during a 2003 series in Sri Lanka, leading to a ban. He was also banned from a few matches that same year for assaulting South African player Paul Adams. In 2005, Akhtar was sent back from a tour of Australia with claims that he demonstrated poor conduct and discipline; he was also fined for violating curfew. Misbehavior continued to lead to trouble for Akhtar in 2007, when he used profanities against the Pakistan Cricket Board and allegedly hit his teammate. In 2008, he received a five-year ban for violating the player's code of conduct.

Just months after his international cricket retirement in 2011, Akhtar published his autobiography "Controversially Yours," which he co-wrote with Indian journalist and social anthropologist Anshu Dogra. In his other work beyond cricket, Akhtar served as a judge on the Hindi reality television competition show "Mazaak Mazaak Mein" in 2016. The year after that, he hosted the Urdu program "Geo Khelo Pakistan." Notably, Akhtar also has his own YouTube channel on which he comments on cricket matches.

At the age of 39 in 2014, Akhtar married teenager Rubab Khan. As with many other actions he's taken during his life, this caused substantial controversy. 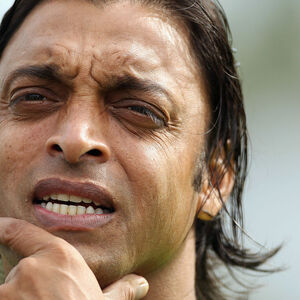