Shelly Ann Fraser Net Worth: Shelly Ann Fraser is a Jamaican track and field sprinter who has a net worth of $4 million. Shelly Ann Fraser was born in Kingston, Jamaica in December 1986. She trained with Asafa Powell and became the first Jamaican woman to win an Olympic gold medal in the 100 meter sprint in the 2008 Beijing Olympics. 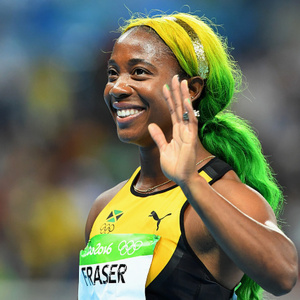