Shawn Johnson net worth: Shawn Johnson is a retired American artistic gymnast who has a net worth of $9 million. Shawn Johnson built her net worth as an artistic gymnast earning Olympic gold and silver medals. Shawn was born in Des Moines, Iowa on January 19, 1992 as the only child of Doug and Teri Johnson. Her parents enrolled three-year-old Shawn in a gymnastics class to prevent her from climbing cabinets and jumping off tables, but soon the sport will become her passion and life. At six she was already a student of Chow and Li of Chow's Gymnastics and Dance in West Des Moines and started competing in the field at the age of 7. As a part of the Junior International Elite, Shawn won the 2006 U.S. Junior National All-Around Championship with such an amazing score which was incredibly higher than any of her senior elite contestants. Once she became a member of the U.S. senior team a year later, she ended up being the 2007 individual all-around World Champion and 2007 World Champion on floor exercise. It seemed like the sky was this girl's limit as she came to be the 2008 Olympic balance beam gold medalist and team, all-around and floor exercise silver medalist. But irrespective of her winning career, Johnson decided to withdraw from the sport for good announcing her retirement from gymnastics on June 3, 2012. In addition to scoring big as a gymnast, she also turned out the winner of the eighth season of Dancing with the Stars in 2009, and is also one of the cast members on the 2015 season of Celebrity Apprentice with Donald Trump. 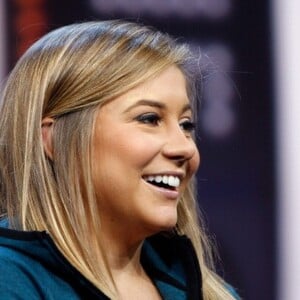