Shang Chunsong net worth: Shang Chunsong is a Chinese artistic gymnast who has a net worth of $10 million. Shang Chunsong was born in Zhangjiajie, Hunan, China in March 1996. She has represented China at the World Championships in 2013, 2014, and 2015. Chunsong has been on the Chinese national team since 2010 and competed for the Hunan Provincial Team. She competed at the 2016 Rio Olympics where she won a bronze medal in the team event. Chunsong has won silver medals at the World Championships in 2014 and 2015. She has won three gold medals at the National Games, three at the Asian Championships, and one at the Asian Games. She is notable for her size at 4'8″ and 77 pounds. 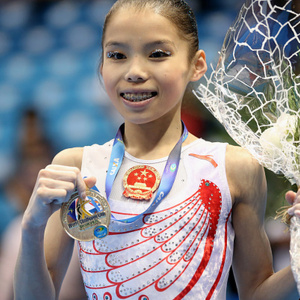