What was Shane Warne's Net Worth?

Shane Warne was an Australian cricket player who had a net worth of $50 million at the time of his death. Tragically, Shane died on March 3, 2022 at the age of 52 from a heart attack.

Shane Warne was regarded as one of the greatest bowlers in the history of the sport. Among his achievements, he scored over 3,000 Test runs, and was the Wisden Leading Cricketer in the World in both 1997 and 2004. Off the field, Warne's career was shadowed by a number of scandals, including alleged sexual indiscretions and the use of banned substances. He retired from international play in 2007 a d then became a cricket commentator and professional poker player.

Shane Warne was born on September 13, 1969 in the suburb of Upper Ferntree Gully in Melbourne, Australia. His parents are Keith and Brigitte. From seventh to ninth grade, Warne went to Hampton High School; he was subsequently offered a sports scholarship to Mentone Grammar, where he completed his primary education.

Warne played his first season of cricket in 1983-84, when he represented the University of Melbourne Cricket Club in the Victorian Cricket Association's Under-16 Dowling Shield contest. The next season, he joined the St. Kilda Cricket Club, with which he also played Australian football. After training at the Australian Cricket Academy, Warne joined the Lancashire League's Accrington Cricket Club in 1991. The same year, he made his first-class cricket debut.

Following a mere seven first-class matches, Warne made his debut for Australia at Test level. Although he began poorly, he went on to take the last three Sri Lankan wickets to help Australia notch a 16-run win in 1992. The following year, Warne was chosen for Australia's Ashes tour of England. In the six-Test series, he was the leading wicket taker, with 34. Overall, in 1993, Warne took 71 Test wickets, at the time a record for a spin bowler in a single year. During New Zealand's tour of Australia later in the year, Warne took 18 more wickets, and was named the player of the series. 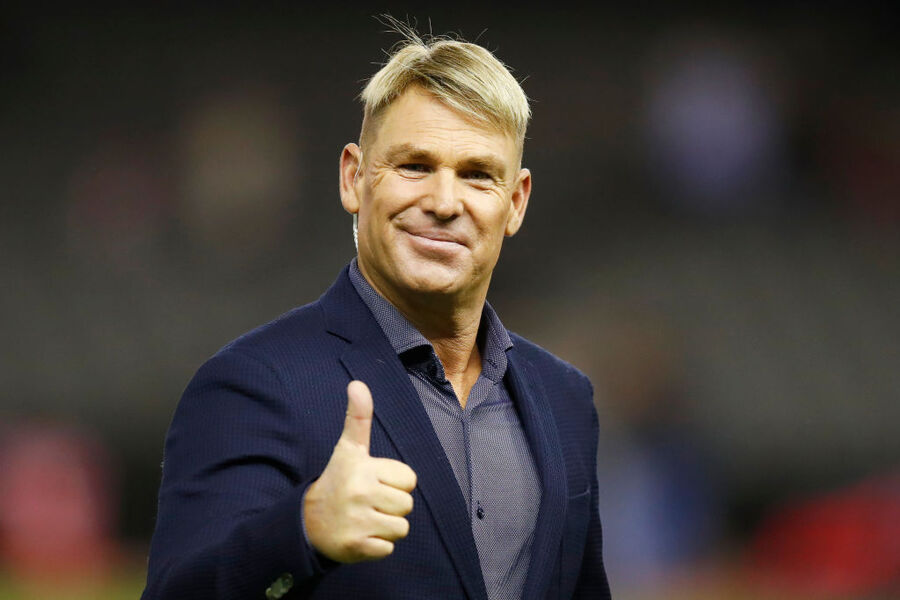 Warne had one of his best seasons of international play in 1997-98. That season, he notched 19 wickets in New Zealand's three-Test series in Australia, and then took 20 in three Tests against South Africa. During this time, Warne became only the second Australian player to take 300 Test wickets. Later, in 1999, he was chosen to play in the World Cup in the United Kingdom. However, just before the beginning of the series, Warne was fined and given a two-match suspension for disparaging Sri Lankan captain Arjuna Ranatunga in a newspaper interview. He ultimately returned to the series in great shape, dismissing four key batsmen in the semifinal against South Africa. Warne and Australia went on to win the World Cup against Pakistan. Following this, Warne went on tours of Sri Lanka and Zimbabwe. The next summer, he reached his highest score at bat, with 86, in the first Test against Pakistan. Warne then took 18 wickets over six summer Tests to help Australia win both series; in 2000, he took another 15 wickets in Australia's sweep of New Zealand. Later, in the first Test of the series at Eden Park, he became Australia's leading wicket-taker with 355 in total.

For the Australian summer of 2000-01, Warne missed the season due to a finger injury. He returned for Australia's tour of India in early 2001. Later in the year, in the final Test at the Oval, he notched the 400th wicket of his Test career. More success came in the three-Test series against Pakistan in 2002, when Warne took 27 wickets and was named player of the series. However, things were less great in 2003, when a day before the beginning of the World Cup he was sent home after testing positive for a banned substance. Consequently, Warne was given a one-year ban from organized cricket. He returned to the sport in early 2004, and became the second cricketer ever to take 500 Test wickets. Later in the year, he broke the record for most career Test wickets, with 533. Warnes went on to become the first bowler ever to take 600 Test wickets, which he did on August 11, 2005. At the end of 2006, Warne officially announced his retirement. He subsequently took his 700th Test wicket, and had his final Test at the SCG.

Following his retirement, Warne signed on as the captain of the Indian Premier League's Rajasthan Royals. He went on to lead the team to victory in the first season of competition; he then continued as captain for four more seasons through 2011. Subsequently, Warne signed as a player with the Melbourne Stars of the inaugural Big Bash League. In 2013, he was fined and briefly banned for using explicit language and making inappropriate physical contact during a match. Warne later announced his retirement from the Stars. 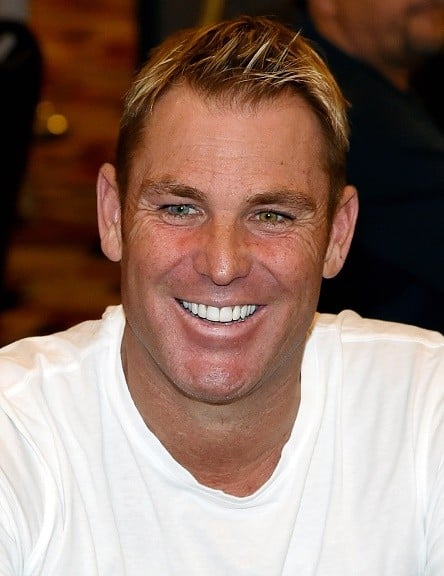 Beyond cricket, Warne appeared often in the media. In 2007, he made a cameo appearance on the Australian sitcom "Kath & Kim." He also appeared multiple times on the British sports quiz show "A Question of Sport." In 2010, Warne began hosting his own talk show, called "Warnie," on the Nine Network; however, the program was soon canceled due to low ratings.

Warne also did endorsements for various companies. He had a sponsorship deal with Messages On Hold, and did promotional work for Advanced Hair, Victoria Bitter, and 888poker. In 2009, Warne started a line of underwear called Spinners. Among his other business endeavors, he was a part-owner of the gin distillery SevenZeroEight. Additionally, Warne ran his own Shane Warne Foundation, a charitable organization helping sick and disadvantaged children.

In 1995, Warne married Simone Callahan, with whom he had three children named Brooke, Summer, and Jackson. The couple eventually divorced in 2005, before reuniting in 2007. Five months after their reconciliation, Callahan left Warne when he accidentally sent her a text message intended for another woman. Warne went on to date actress Elizabeth Hurley, to whom he got engaged in 2011. However, the engagement was called off in 2013.

Warne contracted COVID-19 in August of 2021. His condition got bad enough where he had to be placed on a ventilator. In March of the following year, he passed away in Thailand on the island of Koh Samui at the age of 52. 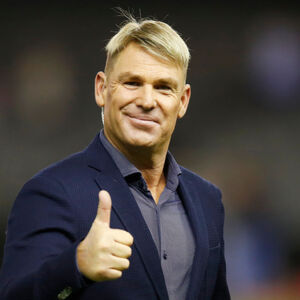