What is Scott Hamilton's Net Worth?

Scott Hamilton is a former figure skater, author and television analyst who has a net worth of $9 million. won the Olympic gold medal at the 1984 Winter Games in Sarajevo, ending a 24-year Olympic gold medal drought for American male figure skaters. Additionally, he won four consecutive US and World Championships from 1981 to 1984. Hamilton's signature moves on the ice were his backflip and fancy footwork sequences.

Scott Hamilton was born on August 28, 1958 in Toledo, Ohio. When he was six weeks old, he was adopted by Dorothy and Ernest, both professors, and was brought up in Bowling Green. In addition to his older sister Susan, the biological daughter of his parents, Hamilton has a younger brother named Steven who was also adopted. When he was two years old, Hamilton stopped growing due to a mysterious ailment. Following multiple tests and false diagnoses, the condition started to correct itself; later, it was discovered that a congenital brain tumor had been the cause of the issue.

As a kid, Hamilton went to Kenwood Elementary School. When he was 13, he started training on the ice with Olympic champion figure skater Pierre Brunet. For his higher education, Hamilton attended Bowling Green State University.

Hamilton entered the national spotlight in 1980 when he competed in the US Figure Skating Championships. Finishing third, he earned a spot on the US Olympic team. Hamilton went on to finish in fifth at the 1980 Winter Olympics in Lake Placid.

In 1981, Hamilton had his breakthrough at the US Championships. Giving a virtually perfect performance, he elicited a wild standing ovation from the audience. Hamilton won the championship title, and afterward never lost a single amateur competition again. The same year, he won the World Figure Skating Championships. Hamilton went on to win both the US and World Championships in 1982, 1983, and 1984, giving him four consecutive wins in both competitions.

Hamilton had one of his greatest moments on the world stage in 1984 at the Winter Olympics in Sarajevo. He began his successful run by winning the compulsory figures and coming in second in the short program. In the long program, Hamilton attempted five jumps, managing to land three: a triple Lutz, a triple toe walley, and a triple toe loop in combination with a double loop. Although Hamilton came in second place once again, this time to Brian Orser, he still managed to come in ahead due to Orser's middling performance in the compulsory figures. As a result, Hamilton took the gold medal, ending the 24-year gold medal drought for American male figure skaters at the Olympics. 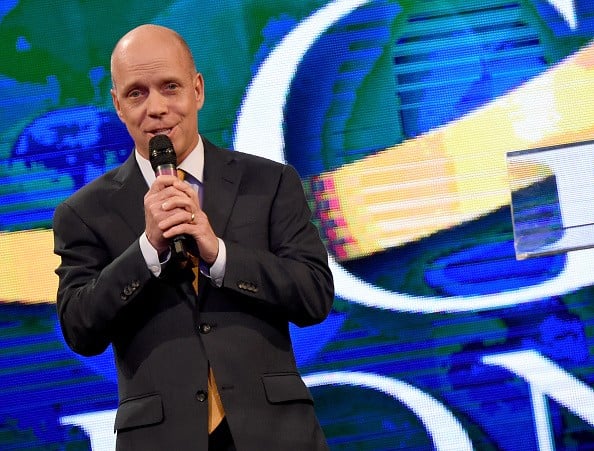 After he turned professional in April of 1984, Hamilton went on tour with the Ice Capades for a couple of years. He subsequently established Scott Hamilton's American Tour with IMG executive Bob Kain; the tour was later renamed Stars on Ice. For 15 years through 2001, Hamilton co-produced and performed in the production, which has toured around the world throughout the US, Canada, China, Japan, Europe, and Brazil, among other places. The original Stars on Ice cast also included Dorothy Hamill, Rosalynn Sumners, Brian Pockar, Toller Cranston, Judy Blumberg, Michael Seibert, Lisa Carey, Bill Fauver, Chris Harrison, and Lea Ann Miller.

Hamilton has written a number of books about his life and career. His first, "Landing It," came out in 1999. A decade later, he released "The Great Eight," a self-help book. Hamilton's next book, "Finish First: Winning Changes Everything," was published in 2018.

In 1997, Hamilton underwent a heavily publicized battle with testicular cancer. After recovering, he returned to skating, and his story was featured in numerous magazines and television programs. Later, in 2004, Hamilton was treated for a benign brain tumor; in 2010, he underwent surgery to prevent its recurrence. The tumor was diagnosed again in 2016, and was effectively treated.

Hamilton has a record of supporting Republican candidates. In 2012, he made public appearances endorsing Mitt Romney's campaign. Hamilton has also supported Donald Trump.

Hamilton married nutritionist Tracie Robinson in 2002. Together, they have a daughter and three sons, and live in Franklin, Tennessee.

In his charitable work, Hamilton founded the Scott Hamilton Cares Foundation to help support cancer patients. Additionally, he has volunteered often with the Special Olympics, and serves as the organization's global ambassador. Among his other charitable endeavors, Hamilton supports St. Jude's Children's Hospital and the Multiple Myeloma Research Foundation.

In August of 2017, Scott and Tracie paid $2.6 million for a home in Tennessee. A year later they listed their former Tennessee home for $3.1 million. They sold the property two months later for almost exactly their asking price. Here's a video tour of their former mansion, which sits on 7 acres of palatial property: 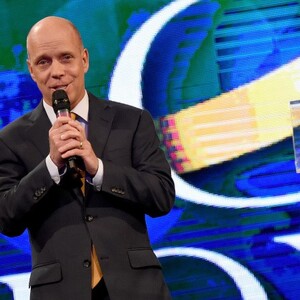