She won a Gold medal for the team 400-meter relay at the 2004 Olympics in Athens, a Gold medal for the team relay in Beijing in 2008, and a Bronze medal for the individual 400-meter race in Beijing ,as well. She has also won a record five Gold medals at the World Championships, and Gold and Silver medals at the World Indoor Championships. After spending a portion of 2010 recovering from an injury, she has returned stronger than ever, setting world-leading times in both the 200-meter and the 400-meter races. In 2012, Sanya represented the US at the London Olympics. 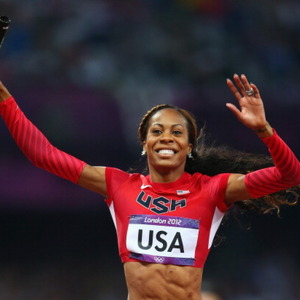