Sam Mikulak net worth: Sam Mikulak is an American artistic gymnast who has a net worth of $1 million. Sam Mikulak was born in Corona del Mar, California in October 1992. He is a seven time NCAA champion and won the all-around and other titles in 2011, 2013, and 2014 at the NCAA Men's Gymnastics championship. Mikulak competed for the United States men's gymnastics team at the 2012 Olympics in London and the 2016 Olympics in Rio. He also competed for the Michigan Wolverines from 2011 to 2014. Mikulak has won two Gold Medals at the 2015 Toronto Pan American Games. He also won three Golds at the 2013 U.S. National Championships, two more in 2014, three more in 2015, and one in 2016. Mikulak has been a member of the US national team since 2007. He has medaled in events including all-around, floor exercise, parallel bars, horizontal bar, pommel horse, and vault. 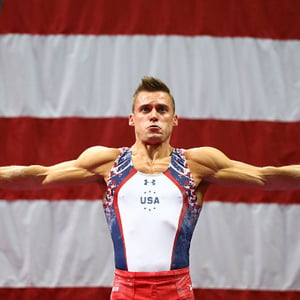