What is Ryan Lochte's Net Worth?

Ryan Lochte is an American competitive swimmer who has a net worth of $300 thousand. Lochte is one of the most successful Olympic swimmers in history, and he has won more medals than any other swimmer except for Michael Phelps. As of this writing he holds world records for the 200-meter individual medley and other competitions. Over the course of his career, he has won a number of additional honors and accolades.

With all that said, Lochte's career was marred by controversy after he claimed that he had been robbed by three Brazilian men posing as police officers during the 2016 Olympics. This statement was later determined to be untrue, although subsequent evidence has shown that the entire debacle may have just been a misunderstanding. However, his next slip-up was rather undeniable. In 2018, he received a 14-month ban after failing a drug test.

Ryan Steven Lochte was born on August 3rd of 1984 in Rochester, New York. Although he was initially raised in Bristol, Ryan's family moved to Florida when he was 12 so that his father could pursue a career as a swim coach. As a young teen, Lochte was initially undisciplined, but a series of losses motivated him to train hard and become a highly competitive swimmer.

After a stellar career as a college swimmer, Lochte qualified for his first Olympics in 2004 and won both a silver and a gold medal. In 2008, he won two gold medals and two bronze medals. During this period, he often finished second with Phelps taking the win. After strong performances at the World Championships and the National Championships, Ryan won a staggering number of medals at the 2012 Summer Olympics. That year, he won two gold medals, two silver medals, and one bronze medal.

Another strong period followed while Lochte waited for his next chance to shine at the Olympics. Unfortunately, the competition would prove to be a disappointment for Ryan in a number of different ways. First of all, he only won a single gold medal for the 4×200 m freestyle relay. Secondly, a controversial moment marred his reputation forever, and it caused him to spiral out of the 2016 Olympics in a terrible fashion.

Even before 2012, Ryan was earning about $2.3 million per year thanks to endorsement deals with brands like Speedo, Gillette, Gatorade, Ralph Lauren, Nissan, AT&T, and many others.

Over the course of his career, Ryan Lochte has appeared in a range of television shows. These include "30 Rock," "What Would Ryan Lochte Do?," "Dancing with the Stars," and "Celebrity Big Brother." He also appeared in the film "Little Something for Your Birthday."

Ryan has dated Kayla Rae Reid, who is a former Playboy Playmate of the Month. The pair became engaged in 2016, and one year later they welcomed their first child into the world. Lochte and Reid eventually married in 2018, and they subsequently had another child together.

Ryan's first major controversy occurred during the 2016 Summer Olympics in Brazil. The incident has since been dubbed "Lochtegate." One morning during the Olympics, Ryan and fellow athlete Jimmy Feigen spread a false story, claiming that they had been robbed and held at gunpoint by Brazilian criminals. Police later claimed that in reality, Ryan and his American teammates were the ones who had engaged in criminal behavior.

As details emerged, it became clear that Ryan was drunk during the incident, and police reportedly had clear evidence that he had vandalized a bathroom at a gas station (although this evidence was later disputed). While the American athletes apparently paid for the damage they had caused, they later claimed they had been robbed in what may have been a misguided attempt to "cover their tracks." Later in 2016, Lochte was charged with falsely reporting a crime and faced jail time of up to 18 months. However, these charges were dismissed because Ryan only spread the story through social media, and did not actually report the crime to the police.

Still, the incident had terrible consequences for Lochte's career. All four of his sponsors abandoned him, and he was suspended from the USA Swimming team for 10 months. Fortunately for Ryan, the apparel company TYR approached him with a new sponsorship deal in 2017.

It got worse. In 2018, Ryan Lochte was suspended for a further 14 months after failing a drug test. It was revealed that he had received an intravenous injection of a prohibited substance. He later claimed that this substance was "vitamins" (possibly B-12), but in any case, the USDA bans intravenous transfusions of even permitted substances like vitamins if they are administered in doses of over 100 milliliters. In his defense, Ryan claimed that he had never taken a prohibited substance in his life, and that he planned to continue training in order to compete in the 2020 Olympics.

As a result of his controversial actions, Ryan Lochte lost virtually all of his valuable sponsorship deals. As any Olympic athlete will tell you, this is essentially the only way these guys make money. In 2019, Ryan revealed that before this blow to his reputation, he was making well over $1 million per year from various brand endorsement deals. He also claimed that one lone sponsor was paying him $75,000 per year – enough to live comfortably for a single guy.

Of course, all of this vanished in an instant after his story about the gas station incident blew up in his face, and it didn't get any easier after he tested positive for doping. For whatever reason, Ryan continued with the lavish lifestyle he had grown accustomed to – even when all of his sponsorship income had dried up. Financial losses mounted, and Lochte admitted in 2019 that he had just $20,000 in savings and was "living paycheck to paycheck." In the end, he was forced to sell or liquidate several assets, such as his $835-dollar-per-month Porsche and his home in Florida. This entire process reportedly taught Ryan the value of budgeting and the importance of focusing on his family first and foremost.

In 2012, Ryan Lotte sold his residence in Gainesville, Florida for an undisclosed fee, although he originally purchased it back in 2006 for around $375,000. The home boasts 2,470 square feet of living space and an extremely spacious pool. It was later revealed that the decision to sell this property was the result of the aforementioned financial difficulties Lochte was experiencing. After moving out, Ryan later admitted that he and his family lived in an 1,800-square-foot apartment. 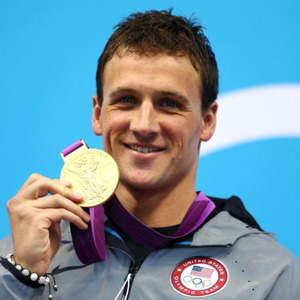