Red Gerard net worth and career earnings: Red Gerard is an American Olympic snowboarding athlete who has a net worth of $1 million dollars. Red Gerard was born on June 29, 2000. He came to worldwide attention after being the first American gold-medal-winner at the 2018 Olympic games in Pyeongchang. Red was 17 years old when he shocked the world with his gold medal performance.

He defeated competitors who were 10 years older on average. During his run, he actually at one point ranked dead last but made a miraculous recovery to win the competition. Red Gerard is the youngest male to attend the winter Olympics since 1928 and the first medalist who was born in the 21st century. Gerard is the second-youngest of seven children. The family originally lived in Ohio but moved to Colorado so their children, specifically Red, could continue working on his snowboarding skills. His family built a terrain park in their backyard to help Red train. 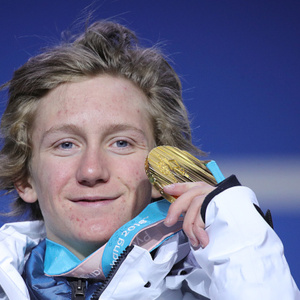