Ray Bourque Net Worth: Ray Bourque is a Canadian former professional hockey player who has a net worth of $20 million dollars. Ray Bourque was born December 28, 1960 in Saint-Laurent, Quebec, Canada. He currently holds records for most career goals, assists and points by a defenseman in the National Hockey League (NHL). Bourque is also an Olympian and his name is nearly synonymous with the Boston Bruins franchise, for which he played 21 seasons and became its longest-serving captain. Bourque finished his career with the Colorado Avalanche, with whom he won his only Stanley Cup in his final NHL game. Inspired by the firewagon offense and oppressive defense of his hometown Canadiens through the dynastic seventies, Bourque climbed the rungs of minor hockey, joining the Sorel Eperviers of the Quebec Major Junior Hockey League in 1976 at the age of 16. After a final freshman campaign, the franchise moved from Sorel to Verdun and Bourque kicked his career onto a whole new level. 1977-78, Bourque scored 22 goals and added 57 assists and was subsequently named to the First All-Star Team in the Quebec Major Junior Hockey League. The next season, 1978-79, Bourque repeated his All-Star status, but increased his offensive output with 93 points. After three stellar junior seasons that merely hinted at the incredible potential held by the under-aged defenseman, Ray Bourque was chosen by the Boston Bruins with their first selection, eighth overall, in the NHL's 1979 Entry Draft. That fall, Bourque made his NHL debut amidst the accolades of teammates, media and opponents. During an extraordinary NHL career, Ray Bourque collected 410 goals and 1,169 assists for 1,579 points in 1,612 regular season games. He retired as the most proficient scoring defenseman in NHL history. In 214 playoff contests, Bourque added 180 points on 41 goals and 139 assists. Ray played in nineteen consecutive NHL All-Star games, surpassing Wayne Gretzky for the league record, earned the King Clancy Trophy in 1992 for his on and off ice contributions to the game and represented Canada in three Canada Cup tournaments (1981, '84 and '87). In addition, Bourque participated in the 1998 Winter Olympics in Nagano Japan, representing Canada. 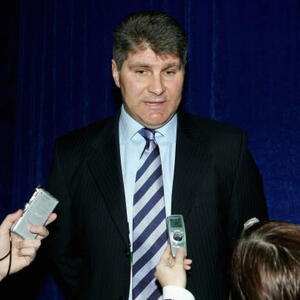