Picabo Street Net Worth: Picabo Street is a former American professional alpine ski racer who has a net worth of $3 million. In her distinguished career, Picabo Street won numerous medals and even became the first American woman to win World Cup downhill titles in 1995 and 1996. Born in Triumph, Idaho on April 3, 1971, Street attended Rowland Hall-St.

Mark's School where she joined the ski academy, Rowmark. Next, she joined the Sun Valley Ski Education Foundation. Street entered the Olympics and joined the U.S. team when she was just seventeen years old in 1989. She competed in her first World Cup slalom in 1992. Street is known for winning the gold medal for downhill at the 1996 World Championships, as well as receiving gold in super G at the 1998 Winter Olympic Games. The same year, Street succumbed to a skiing accident in which she broke her femur and tore a ligament, forcing her to undergo physical therapy and rehabilitation for two years following the incident. In 2002, she got retired from competitive skiing and was honored in the National Ski Hall of Fame in 2004. Currently married to businessman, John Reeser, she has two children named Treyjan James Pawley and Dax Meyer Street Reeser. The family splits their time between Alabama and Park City, Utah. 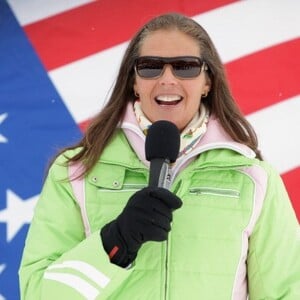