Morgan Award for Outstanding Player. After working various jobs post-college, he relocated to California to focus on volleyball. In 2006, he began playing with Todd Rogers. Rogers, who had been playing on the AVP circuit for eleven years, helped Dalhausser learn the ropes, and the two quickly made their mark. In 2007, they won the FIVB World Championships in Switzerland, becoming the first American duo to do so. They then went on to win Gold at the 2008 Olympics in Beijing. Going into the 2012 Olympics, they were early favorites, but were subsequently defeated by Italy in the Round of 16. 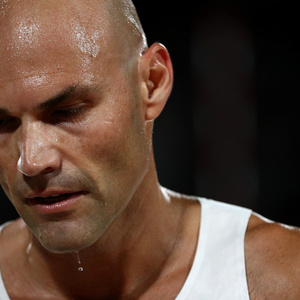