Peggy Fleming Net Worth: Peggy Fleming is a retired American figure skater who has a net worth of $8 million. Peggy Fleming has earned her net worth through her professional skating career, appearing in television specials and as a commentator for ABC sports. Born Peggy Gail Fleming on July 27, 1948, in San Jose, California, she reached the peak of her career in the 1960s dominating women's competition in the sport worldwide.

Under her father's sway, she started skating at the age of 9 after her family moved to Cleveland. Coached by Carlo Fassi, she would win three World titles (1966–1968) and the gold medal in the 1968 Olympics in Grenoble, France. Thanks to Fleming's unusual skating style, the US Olympic team didn't come empty-handed from the Winter Games in France that year as it was the only gold medal they had won. Eventually, she was named the 3rd most popular athlete in US, behind fellow Olympians Mary Lou Retton and Dorothy Hamill. After Fleming's retirement in 1968, she went on to serve as a TV commentator on figure skating for over 20 years, including several Winter Olympic Games. What's more, she had the chance to play the role of a judge on the big screen in the 2007 movie Blades of Glory. Apart from her professional engagements, Fleming has been a great charity supporter and breast cancer activist being herself diagnosed with the fatal tumor in 1998. Fortunately, it was detected in its early stages and was successfully removed. 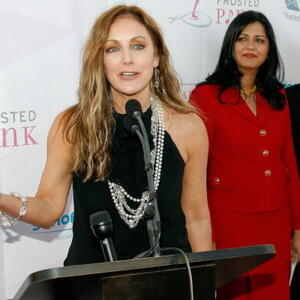