Oscar Pistorius Net Worth: Oscar Pistorius is a South African Olympic sprinter who has a net worth of $50 thousand. Also known as "Blade Runner," Pistorius is notable for being a double amputee from the knee down, and he participated in the 2004, 2008 and 2012 Paralympics, winning six gold medals, one silver, and one bronze. In 2012, amid some controversy, Oscar was the first amputee runner to compete at the Olympic Games. His relay team would eventually finish eighth in the 4×400 meter race, and Pistorius was given the honor of carrying the South African flag at the closing ceremony. In 2013, Oscar shot his girlfriend, Reeva Steenkamp, claiming that he had mistaken her for an intruder. He originally received a sentence of five years for culpable homicide, then in 2016, his sentence was changed to six years for murder. In November 2017, his sentence was increased to 15 years, less time already served.

Financial Status: In October 2014 Oscar's defense lawyers submitted that their client was financially broke and that the former icon could no longer pay his own legal defenses.

Sponsorships: At his peak, Oscar earned $2 million per year from sponsorship deals with companies including Oakley, BT, and Nike. A week after the murder of Reeva Steenkamp, Pistorius was dropped by Nike and Oakley, and Nike pulled Oscar's ad that featured the line "I am the bullet in the chamber."

Early Life: Oscar Pistorius was born Oscar Leonard Carl Pistorius on November 22, 1986, in Sandton, Johannesburg, Transvaal Province (now known as Gauteng Province), South Africa. He grew up with mother Sheila, father Henke, older brother Carl, and younger sister Aimée in a Christian household. Oscar's parents divorced when he was 6 years old, and when he was 15, his mother passed away, reportedly due to being given the incorrect treatment after she was misdiagnosed with hepatitis. Pistorius was born with a condition called fibular hemimelia, meaning that he did not have a fibula in either of his legs. When he was just 11 months old, Oscar underwent surgery to have both legs amputated below the knees, and he was successfully walking with prosthetic legs within six months. He studied at Constantia Kloof Primary School and Pretoria Boys High School, where he was a member of the rugby team. During his youth, Pistorius also played tennis and water polo and participated in club Olympic wrestling. He suffered a knee injury while playing rugby in mid-2003, and while he was at the University of Pretoria's High Performance Centre undergoing rehab, he began running, competing in his first race in January 2004. In 2006, Oscar enrolled at the University of Pretoria to study business management with sports science.

Career: Though Pistorius classified in T43 (double below-knee amputee), he competed in T44, the single below-knee amputees classification. In the 2004 Summer Paralympics, he finished in third place in the T44 100-metre event and won the 200-metre event, setting a world record with a time of 21.97 seconds. In 2005, Oscar came in sixth in the over 400 metres event at the non-disabled South African Championships and won gold medals in the 100-metre and 200-metre events at the Paralympic World Cup. He then won gold medals in the 100-metre, 200-metre, and 400-metre events at the 2006 IPC Athletics World Championships, and he set disability sports world records at the 2007 South African Senior Athletics Championships and Nedbank Championships for the Physically Disabled. In November 2007, Dr. Peter Brüggemann, a professor of biomechanics, ran tests on Oscar and reported that he had "considerable advantages over athletes without prosthetic limbs" who were also tested, leading the International Association of Athletics Federations (IAAF) to rule that Pistorius' prostheses were ineligible to be used in competitions that were conducted under their rules. Oscar appealed against IAAF's decision and was allowed to attempt to qualify for the 2008 Summer Olympics. He did not get to compete in the Summer Olympics that year, but he won gold medals in the 100-metre, 200-metre, and 400-metre events at the 2008 Summer Paralympics. 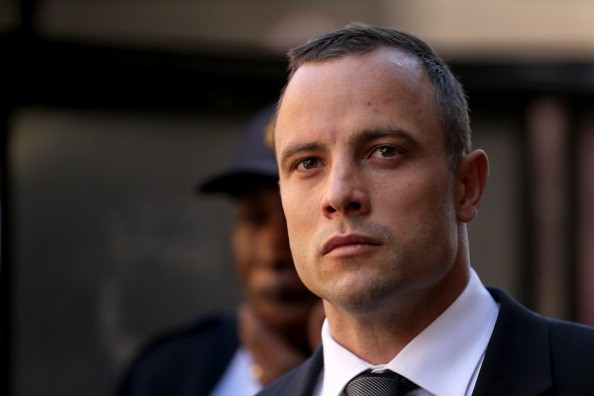 In early 2011, Pistorius won three IPC Athletics World titles while competing in New Zealand and won the 100-metre and 400-metre events at the BT Paralympic World Cup. At the 19th Internazionale di Atletica Sports Solidarity Meeting, he achieved the "A" standard qualification mark needed to compete in the Olympic Games and World Championships and was ranked the world's 15th-fastest person after winning the 400-metre event. In August 2011, Oscar was part of the South African team at the World Championships, and despite not making it into the finals, he won a silver medal since his 4 x 400 relay team came in second and he had run in the heats; this made him the first amputee to win a world track medal in a non-disabled competition. Pistorius competed in 4 × 400 metres relay and 400-metre events at the 2012 Summer Olympics in London, becoming the first amputee runner to compete in the Olympics. He carried the South African flag at the 2012 Summer Olympics closing ceremony and the 2012 Summer Paralympics opening ceremony, and at the Paralympics, he won a silver medal in the 200-metre event and a gold medal in the 400-metre event (breaking a Paralympic record with a time of 46.68 seconds) as well as a team gold medal in the 4 × 100 metres relay.

Personal Life: In 2008, Oscar published his autobiography, "Dream Runner," in Italian, and the English version, "Blade Runner," was released the following year. He has appeared on the Italian versions of "Celebrity Survivor" (2010) and "Dancing with the Stars" (2012), and he was a guest on "The Tonight Show with Jay Leno" in October 2012. In 2009, Pistorius was seriously injured in a boat accident and suffered broken bones in his face. He fully recovered after surgery, but his training and running schedules were affected by the accident. Oscar played in the 2010 Laureus World Sports Awards Golf Challenge and the 2012 Alfred Dunhill Links Championship as well as the 2010 Help-net Fund Celebrity Charity Golf Day.

Arrest: On February 14, 2013, Oscar's life took an unfortunate turn when he shot his girlfriend, South African model Reeva Steenkamp. Reeva was shot in the bathroom of his home in Pretoria. Pistorius claimed that he shot Reeva accidentally, thinking she was a home intruder. He was found guilty of culpable homicide in October 2014 and was sentenced to five years in prison as well as a three-year concurrent suspended sentence for reckless endangerment. Oscar was initially released in October 2015 after serving 1/6 of his term. In a strange twist of events, prosecutors appealed his previous verdict. A judge ultimately overturned his conviction for culpable homicide and found him guilty of murder, giving him a sentence of six years. Oscar's appeal was denied, and in November 2017, his sentenced was increased to 13 years and five months, then 15 years, less time already served. He will be eligible for parole for the first time in 2023.

Awards and Accolades: In 2006, President of South Africa Thabo Mbeki presented Pistorius with the Order of Ikhamanga in Bronze (OIB), and he received the BBC Sports Personality of the Year Helen Rollason Award in 2007, but it was revoked after his murder conviction. He was included in "Time" magazine's list of the world's 100 most influential people in 2008 and 2012, and he was honored with the Laureus World Sports Award for Sportsperson of the Year with a Disability in 2012. In August 2012, a mural was unveiled in Gemona, Italy, that depicted Oscar's achievements, and later that year, he was awarded an honorary doctorate from Glagow's University of Strathclyde, but it was revoked after his 2015 conviction for culpable homicide. 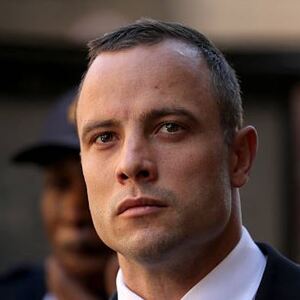