He earned two gold and two bronze at the 2016 Rio games. Technically he won a gold medal at the 2008 games in Beijing, but he did not actually participate in the final event that won the race. Nathan attended the University of California, Berkeley where he majored in public health. While in college he was a five-time NCAA individual champion. Nathan participated in the 2008 Olympics in Beijing as a member of the 4×100-meter freestyle relay. At the 2016 Rio games, Nathan won a gold medal in the Men's 4x100m medley relay, a gold in the men's 4x100m freestyle relay, a bronze in the men's 50m freestyle and a bronze in the men's 100m freestyle. 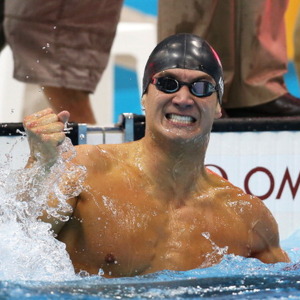