What is Nadia Comaneci's Net Worth?

Nadia Comaneci is a Romanian retired gymnast who has a net worth of $10 million. Nadia is a five-time Olympic gold medalist. She was the first gymnast to ever earn a perfect score of 10.0 at the Olympic Games in 1976.

Comaneci was born on November 12, 1961 in Onesti, Romania. Her parents were Gheorghe and Stefania Comaneci and she has a younger brother, Adrian. The family was part of the Romanian Orthodox Church. Because she had so much energy, her mother decided to enroll in her gymnastics classes when she was a child in kindergarten.

By the time Comaneci was 6, she was chosen to attend an experimental gymnastics school started by Bela Karolyi after he spotted her doing cartwheels outside of school. She began training officially with him and his wife, Marta, at the age of 7. Because she was local to the town, she was able to still live at home while many of the other students at the school had to live at the boarding school.

At the age of 9, Comaneci became the youngest gymnast ever to win the Romanian Nationals after having joined the home town team the same year. The following year, she competed in her first international competition and won her first all-around title. Over the next couple of years, she continued competing in important junior gymnast events, often winning and getting cold.

Her first major international success came at the age of 13 when she won the all-around and gold medals at the 1975 European Women's Artistic Gymnastics Championships in Norway in every event but the floor exercise, in which she placed second. The following year, she received scores of 10 at the American Cup only a few months before competing in the 1976 Summer Olympics.

In Montreal, Comaneci received seven perfect 10 scores during the Olympic Games, four of which were on the uneven bars and three of which were on the beam. She won gold medals for the individual all-around, the balance beam, and the uneven bars. She was the first ever Romanian gymnast to win the Olympic all-around title and still holds the record as the youngest ever Olympic all-around champion, as she was only 14 years old at the time.

Following her stellar Olympic performance, Comaneci continued dominating in the sport. She defended her European all-around title in 1977. However, the next year proved challenging for her the Romanian Gymnastics Federation sent her to train with new coaches and Bucharest. She also went through a growth spurt, gaining several inches in height. These new challenges negatively affected her and she placed fourth in the 1978 World Championships. Following this performance, she was permitted to return to her original coaches and she soon after won her third consecutive European all-around title. 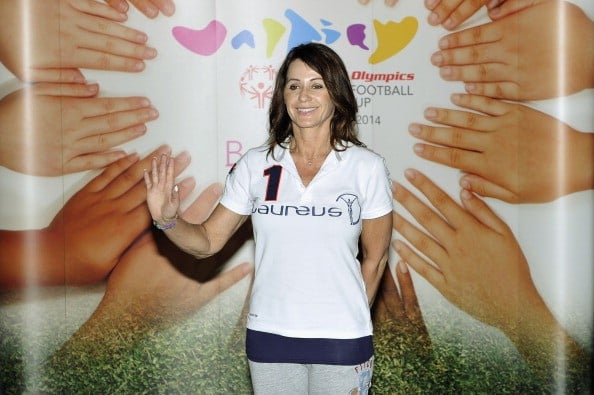 She then was selected for the 1980 Summer Olympics in Moscow. She won two gold medals, one in beam and one in floor, becoming the only gymnast to defend an Olympic gold in beam. However, the Romanian government was displeased with her coach, Karolyi, who had publicly protested how Comaneci was scored during the games. The Romanian government soon made life hard on him and his wife and the following year, the couple defected to the United States while on a tour there with Comaneci called the "Nadia '81" tour. Though her coach had discretely asked if she wished to defect as well, Comaneci had said no and returned to Romania, though life began to change there for her as well as she was closely watched by the government, who feared she would flee.

She did not participate in the 1984 Olympics, instead serving as an observer. Over the next years, the government continued keeping an eye on her, not allowing her to leave Romania except to a few closely-observed destinations. On the night of November 27 in 1989, a few weeks before the Romanian Revolution, she defected by crossing into Hungary and then Austria before taking a plane to the United States.

After arriving in the U.S., Comaneci soon decided to move to Oklahoma to her friend, Bart Conner, with his gymnastics school. Conner was also an Olympic gold medal gymnast and the two had met a few times over the years at various competitions. While Comaneci stopped competing herself, she has remained very active in gymnastics in different leadership positions. She serves as the honorary president of the Romanian Gymnastics Federations and the sports ambassador to Romania.

She also has often participated in coverage or commentary of subsequent Olympic games. In 2012, she carried the Olympic torch as part of the torch relay for the 2012 Summer Olympics in London. She has also been featured in a number of advertisements during the games. She has also been highly involved in various charities.

After dating friend and fellow gymnast, Bart Conner, for four years, the two got engaged. The couple returned to Romania in 1996 for their wedding in Bucharest. The wedding was televised throughout Romania with their wedding reception being held at the former presidential palace.

Following her gymnastics career, Comaneci attended and graduated from Politehnica University of Bucharest with a degree in sports education, allowing her to become a gymnastics coach.

In 2001, Comaneci become a naturalized United States Citizen and also retained her Romanian citizenship. Her and her husband had a child together, Dylan, in 2006. 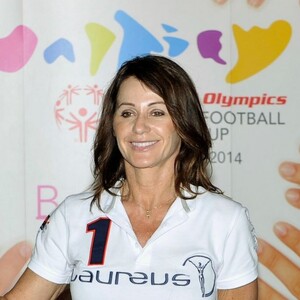