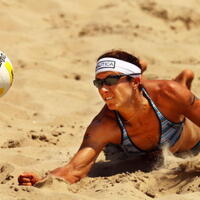 What is Misty May-Treanor's Net Worth?

Misty May-Treanor is a retired American professional beach volleyball player who has a net worth of $6 million. A three-time Olympic gold medalist, Misty collaborated with teammate Kerri Walsh Jennings to win gold at the 2004, 2008, and 2012 Summer Olympics. They also won three FIVB Beach Volleyball championships. This unparalleled level of success led many observers to call them the greatest beach volleyball team of all time.

In 2012, it was reported that May-Treanor was the most successful beach volleyball player in history, having won 112 individual championships in both domestic and international competitions. Misty eventually retired from sports in 2012 after winning her final gold medal alongside Jennings. She was later inducted into the Volleyball Hall of Fame in 2016.

Misty Elizabeth May-Treanor was born on July 30th of 1977 in Los Angeles, California. Born into a highly athletic family, Misty was raised by parents who were both successful athletes. Her mother was a nationally ranked tennis player, and her father was part of the 1968 men's national volleyball team. Raised on the beaches of California, she grew up playing volleyball with her parents and brothers. By the age of 8, she joined her father in her first-ever beach volleyball tournament.

During this period, Misty also played soccer and tennis while training in dance. Her babysitter was Karch Kiraly, a future national volleyball player and head coach. While her parents both encouraged her to strive for success in athletics, they were also struggling with serious alcoholism. May-Treanor later revealed that her mother would often become violent when intoxicated, and she lived with her grandparents for long periods of her childhood. Eventually, her father became sober after almost killing a motorcyclist in a DUI incident.

While attending high school in Costa Mesa, Misty led her team to the state championship in 1992 and 1994. It was clear by this point that she was a future star athlete, and she won a number of awards and accolades at this early age. Outside of volleyball, Misty excelled on the track team, especially in high jump.

After graduating from high school, May-Treanor was accepted into California State University. During her college years, she captained the volleyball team and led them to an undefeated season in 1998. During this period, she continued to win a number of important awards and honors, including National Player of the Year Awards in 1997 and 1998. After earning her BA in kinesiology and fitness in 2004, Misty attended graduate school at Concordia University much later – after her retirement from professional volleyball. She then earned a master's degree in coaching and athletic administration in 2013. 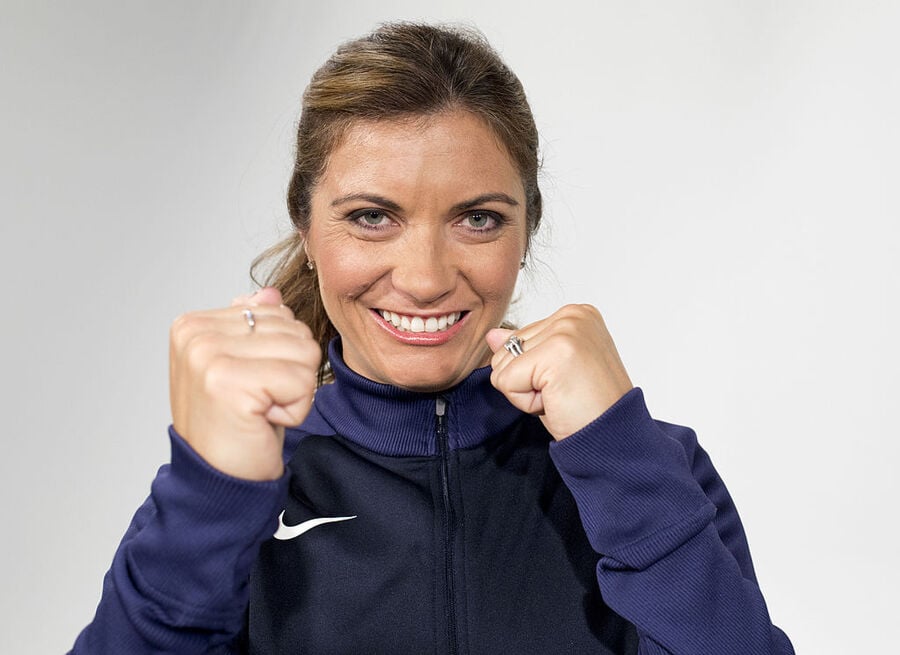 Misty's professional debut came in 1999, when she played on the AVP tour during her college senior year. After graduating from California State, she joined the United States women's national volleyball team. However, she quickly quit and focused entirely on beach volleyball. During these early years, Misty teamed up with Holly McPeak and finished in 9th place at the FIVB tour in Brazil.

Together, McPeak and May won a number of tournaments during the 2000 season. They eventually finished in fifth place at the Summer Olympics that year. After the 2000 season, May-Treanor partnered up with Kerri Walsh for the first time. Throughout 2001, they gained experience on the international FIVB tour and won their first championship by 2002. By 2003, they had a record of 52 wins and 4 losses. During this period, they became truly dominant in the AVP and the FIVB tours. 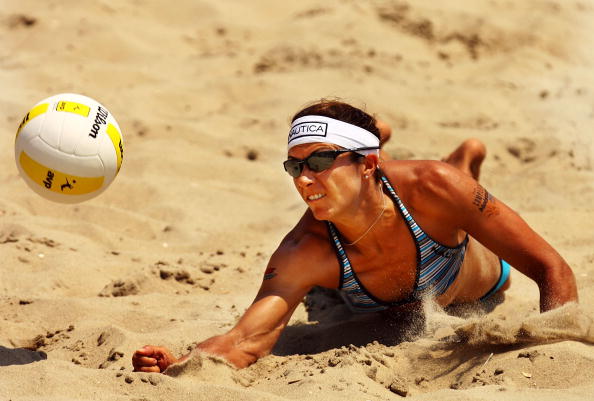 Walsh and May went on to win the Summer Olympics in 2004, defeating Americans Holly McPeak and Elaine Youngs in the semifinal before defeating a Brazilian team in the final. The pair didn't lose a single set in the entire tournament. They then continued their strong run of performances in the FIVB and AVP tours. In 2008, May-Treanor and Walsh Jennings returned to the Summer Olympics once again in Beijing. They repeated the same feat they had accomplished four years prior, winning gold and defeating China in the finals. This was the first and only time any beach volleyball team had won two consecutive gold medals. May-Treanor was singled out for praise, winning the Most Outstanding Player award.

After the Beijing Olympics, Misty and Kerri's form began to slip on the AVP Tour. They suffered a number of shocking defeats, ruining their flawless record and missing the AVP tour final at one point. Walsh Jennings then took a break from competitive play after giving birth to a child, leaving May-Treanor to team up with another teammate. In 2012, May-Treanor and Walsh Jennings teamed up one last time for the 2012 Summer Olympics in London. Things looked good as they won 32 consecutive sets against teams like Australia and Czech. They then lost their first set against Austria but managed to claim victory in the end. At the finals, they faced an American team once again, claiming victory to win their third and final gold medal.

After retiring, May-Treanor worked as a Sports Ambassador for the Special Olympics. She was then appointed to the President's Council on Sports, Fitness, and Nutrition by President Trump.

May is married to professional baseball catcher Matt Treanor. They live together in Florida and have three children together.