Mikaela Shiffrin net worth: Mikaela Shiffrin is an American Olympian who has a net worth of $3 million. Mikaela Shiffrin was born on March 13, 1995 in Vail, Colorado. She is an alpine ski racer and the reigning Overall World Cup champion. She is the youngest slalom champion in Olympic history. Mikaela's parents Eileen and Jeff are both former ski racers. The family moved to New Hampshire when Mikaela was eight after her father, an anesthesiologist was hired at Dartmouth. Five years later, the family moved to Denver when he took a new job. Mikaela began racing and winning competitions at a very young age. She won the slalom title at the US National Championships when she was 16. She is the youngest winner ever. She was favored to win the slalom at the 2014 Sochi games and ultimately did bring home the gold. Thanks to her talent and all-around good looks, she is one of the most marketable young stars of the 2018 Olympics in Pyeongchang, South Korea. 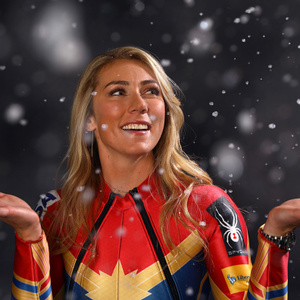